The Times writes about White Slab Palace on Delancey and Allen today....

And let's start the piece:

THE Lower East Side has become a destination for those from other boroughs, other towns and other nations who seek a few hours of Manhattan life. On a recent Saturday night, on Rivington Street between Essex and Ludlow, it was easy to find people from Queens, Brooklyn, Staten Island, England and Germany. It was harder to find a local resident.

Nearby, a stretch limousine idled, its passenger area illuminated by a black light and filled with champagne glasses. Inside, Luis Salcedo, the driver, waited for his evening’s charges — eight people from Queens. Mr. Salcedo said he was often called to drive to the area. “They always sing songs on the way,” he added.

“The greasy dude factor is low here,” said Sam Sellers, one of the resident D.J.’s. “You can play reggae and the guys aren’t grinding up all over the girls. It’s parties of friends, not one or two or three people looking for a night, so the energy is amazing.” 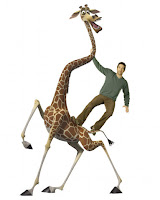 The only place where one consistently finds local residents (and native NYers) is the Key Food on Avenue A.
And my local, which I will not name here.