What's coming to the former Marion's Continental space on the Bowery

Work continues on the former Marion's Continental space on the Bowery... The Bowery institution closed in August 2008. (Their Web site is still up and running, and includes the history.) 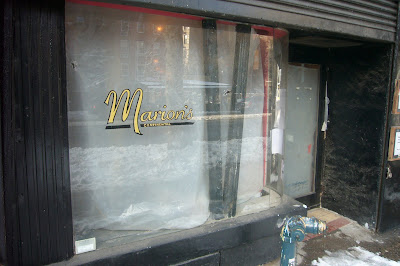 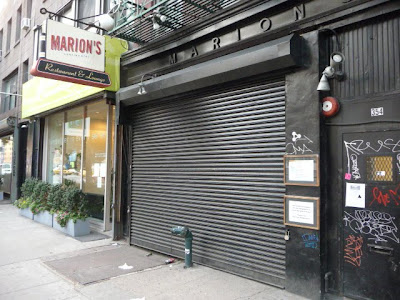 As Fork in the Road first reported, the space is becoming the new home of Hecho en Dumbo. The Mexican eatery will seat 65 and include a 10-seat bar. (According to the Voice, the new owners had to go before the Community Board three times before winning approval...)

Hecho en Dumbo was originally slated to open just after Jan. 1. It is now set to open next month... 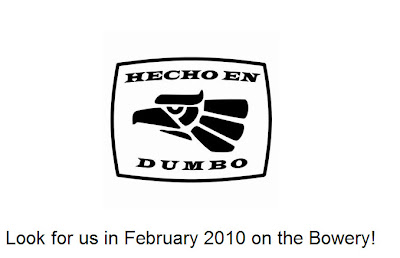 And, despite the move from Dumbo (that location closed last fall)... Dumbo will remain in the name. Per the Voice:

When the restaurant opens, their Dumbo customers will still be able to find the same staff and the same Brooklyn beers. And, of course, the same name. "We're not changing our name," Smith says. "We thought about it, calling it Hecho en Bowery or Hecho en Noho. But at the end of the day, I think the thrust has always been that we are Hecho en Dumbo. It comes from the Hecho en Mexico logo, and we always saw that as our little play on it, speaking to how authentic the cuisine is and also speaking to our roots in Brooklyn. I think when we move we'll still see ourselves as a Brooklyn-style restaurant."

According to a press release on the new location:

The new space, designed by Architect Laura Gonzalez Fierro in concert with Architect of Record Ralph M. Beiran, AIA of Urban Design Office, will be built almost solely from non-virgin and repurposed materials and will treat patrons to a sparse, rustic ambiance fusing aspects that are quintessentially "New York," such as exposed sun-baked brick, with architectural elements that showcase Mexico’s long-standing tradition of repurposing materials -- wood, metals, and concrete -- and fashioning them into sophisticated furniture and fixtures.

Meanwhile, perhaps this is a message on the old sign directed to the new tenants? 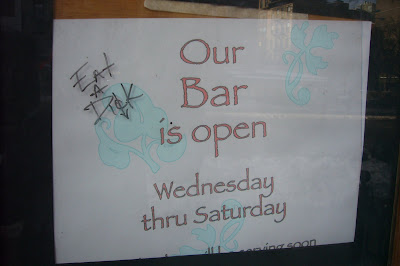 And check out this cool apartment that was sold upstairs...
Posted by Grieve at 7:00 AM

Just horrible. Marion's was such a fantastic place, with so much history and character. Now we get another Mexican restaurant...yeah, we're short on those....

Better than a Chase branch.

I'm wondering how many restaurants will relocate from Brooklyn to Manhattan because they can no longer afford the Brooklyn rents.