Updated: Save Ray's Day set: Feb. 6 (and a new three-day ultimatum from the landlord) 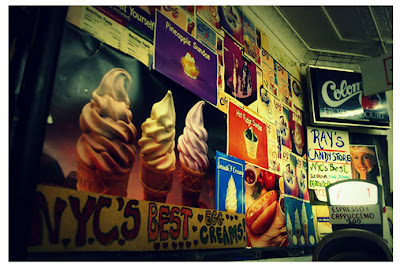 The above photo of Ray's was taken by Joann Jovinelly, who kindly let me repost this from her Flickr account.

So! Sidewalk Cafe, 94 Avenue A at Sixth Street, will be hosting a benefit show on Saturday, Feb. 6 for Ray's Candy Store. More details to follow. If you want to play or help out in any way, then please get in touch with Leah at:

Meanwhile, Bob Arihood, who has been reporting on Ray's long before anyone else, noted the brisk business at Ray's on Wednesday night... good news to hear. Meanwhile, as Bob reports, Ray turns 77 on Monday. Will there be any surprise visitors, like dancers?

UPDATE: Somehow I inexplicably missed this in Bob's post: Last night, Ray received another three-day ultimatum from the landlord. As Bob noted in the comments: "It was very troubling for those who heard about it."

There's now a Save Ray's Twitter feed, which will have the latest updates...

There's a protest/fundraiser/street party Saturday night at 8 for Ray's Candy Store. It's being organized by Black Ops Bob and the Slacktivists.
Posted by Grieve at 1:54 PM

i really wouldn't mind seeing the line at ray's (as supposed to artichoke, shake shack, doughnut plant...) now that it has made the news

on a side note:i used to frequent sidewalk cafe, until the b&t's and the nyu kids...discovered the place. but i shall be there on 2/6, nonetheless.

thanks for the info.

Grieve you may have missed the note concerning an ultimatum in my last post . Ray recieved another 3 day ultimatum from the landlord . It was very troulbling for those who heard about it .

Ugh. I did. Somehow I glossed over that. Troubling, indeed.

if the landlord go thru with that ultimatum, feb.6 will be too late (yeah, i'm stating the obvious here)

Ray said he didn't accept the papers, though. Until he is actually served, nothing can happen. Once it does, the court process can take a while. He REALLY needs a lawyer, though. How is it possible this is NYC and there are no lawyers to be found?!

The 3 day ultimatum sucks-but the paypal has collected about a grand..and due to the publicity he's been getting Ray will be able to hand over a month's rent when they come back in three days..not too shabby..