Moonstruck Diner closed for a variety of reasons

EV Grieve regular Goggla noted last night that the Moonstruck Diner on Second Avenue at Fifth Street was closed... As she said:

A sign on the door says they have plumbing problems, but a DOH sign says there will be a court hearing to decide whether or not they'll re-open, which is odd...the kitchen windows have been papered, so you can't see what's going on in there, but it looks like someone is doing some work.

Indeed, we walked by ourselves and saw the following... 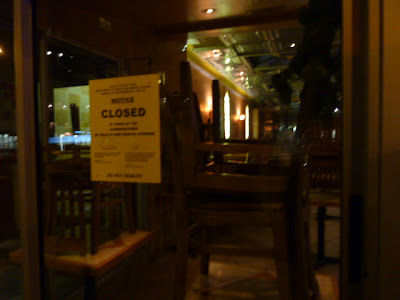 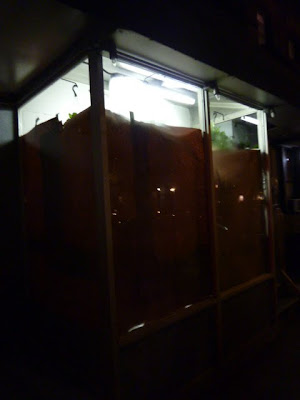 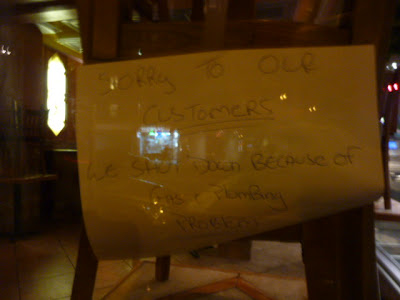 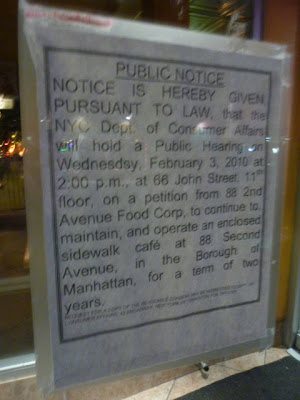 Previously on EV Grieve:
Neighbors call for a boycott of the Moonstruck Diner
Posted by Grieve at 7:00 AM

The hearing was yesterday - I wonder what happened. They were still closed this morning.

Hmmm... and it that really an enclosed sidewalk cafe on the side?

I walked by just a little bit ago, Hippiechick...Signs of life...the paper is off the windows in the kitchen area...and some workers are straightening up...looked open from a distance...

Well, that's promising, EVG, thanks! It would be just too hard to lose both Telephone Bar and Moonstruck in one week...