"East Fifth Bliss," based on former East Village resident Douglas Light's novel, films today on First Avenue and parts of 12th and 13th Streets... And Slum Goddess will be an extra for scenes being filmed next week... 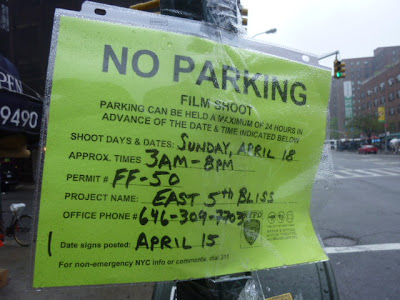 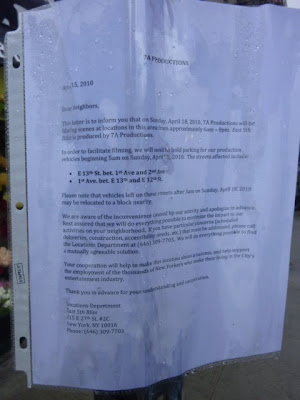 And Peter Fonda has joined the cast ... playing alongside Michael C. Hall, Lucy Liu and others...

About the building that inspired the novel 'East Fifth Bliss'
Posted by Grieve at 8:00 AM

I must check it out!~!I believe the Flea Market will be happening on 11th Street & A today as well.

Indeed, the flea market is happening... walked by a few minutes ago... filming is going on too. Looks like a very modest production. Just a few trucks.

I think it'll be a small production..I think I work twice on it this week,,

I like him too, Girl. I read this book, and think he's a great choice for the lead role.

i passed Michael C Hall on Thursday on 1st and 6th street. that explains it.

I worked on this film now entitled, 'The Trouble With Bliss' as a film extra. It was released last spring season, 2011 to mostly dismal reviews, critics railed against it.