The city issued the permits last week for workers to renovate the former Kurve/Rhong-Tiam space on Second Avenue at Fifth Street. And workers quickly cleaned out the former thai eatery, which you can see for yourself now that they removed the paper on the windows... 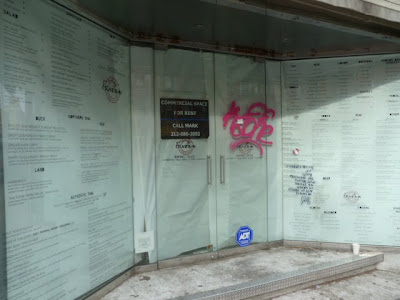 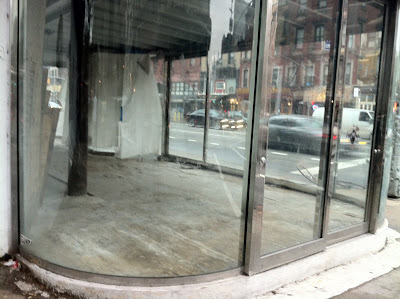 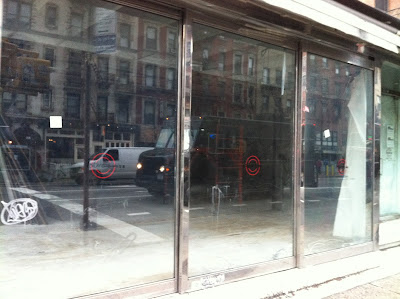 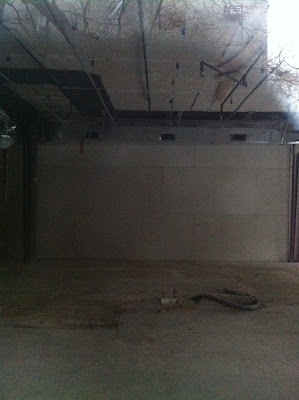 The new operators of the space were on the agenda for this month's CB3/SLA meeting listed only (and mysteriously!) as "corp to be formed." However, they were a late scratch from the docket.
Posted by Grieve at 6:29 AM

It would make a nice aquarium.

Ha! True.... Maybe we're in for an aquatic-themed club now!

i love that folks can apply for a liquor license on an empty (or in use) space before they've even incorporated, selected their partners, what they plan to open, etc, under the listing of "corp to be formed" and that the committee will even consider the application.
supposedly no item will be considered with a fully completed CB#3 SLA Committee Application.
so?

Nothing has lasted for crap there except the diner. Maybe they should just move it back.

word is that the owners of dempsey's are opening a boutique beer bar, with 25 bars on tap, 80% rotating, and around 15 bottles offered. it'll be a nice addition to that stretch of 2nd ave, since there is a dearth of chill bars between 9&5 streets!