An all-city collision on Avenue B

Oh, this happened this morning around 10ish ... as far as a sorta eyewitness could tell... a city sanitation car traveling east on Fourth Street may have hit a police car driving north on Avenue B. This is on the speculative side. However, photographic evidence suggests such a scenario. 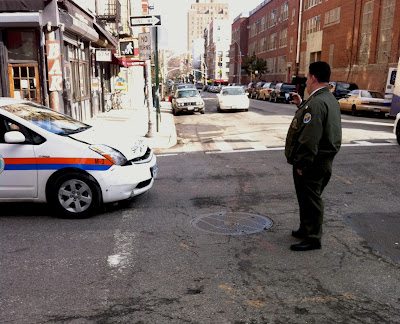 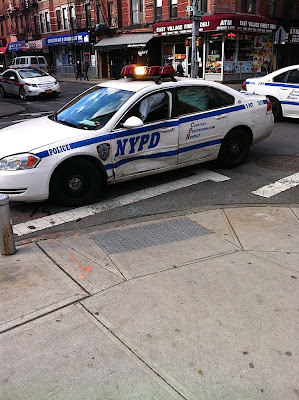 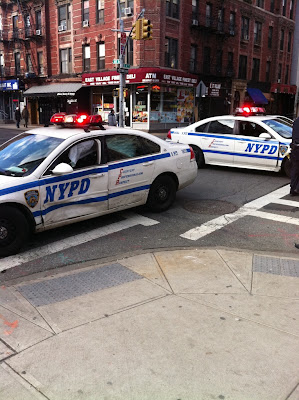 Not sure who may be at fault here. The fellows on the scene weren't real chitty-chatty about what happened. Doesn't appear that anyone was seriously injured. An ambulance was on the scene.
Posted by Grieve at 12:43 PM

I'm willing to bet it wasn't the officer who got the ticket...