Oh no! Robin Raj is no longer Robin Raj!

A name change at Robin Raj! 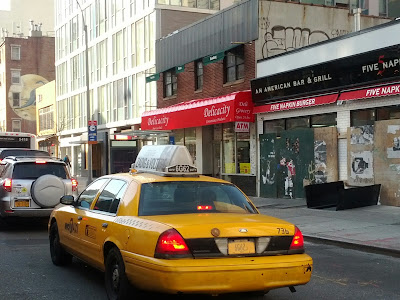 We went to investigate and found everything to be ... exactly the same... 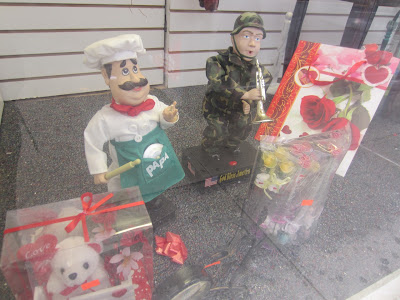 ...the cartoon food (and, what, exactly, is that to the left of the cake?) 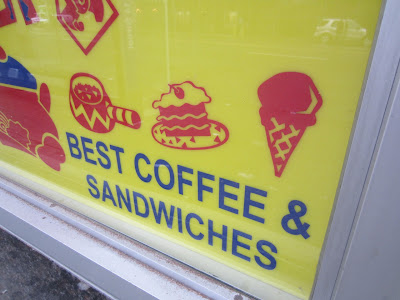 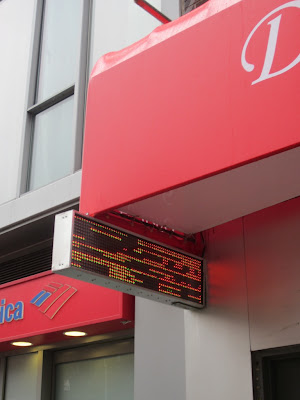 Everything is the same except the name... 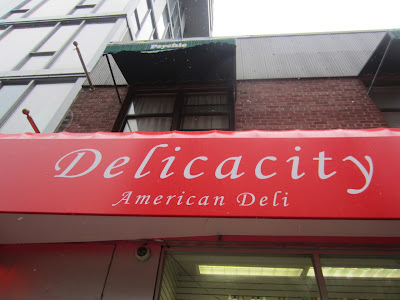 The name will likely grow on us. Once we can say it three times fast while holding our tongue.

Robin Raj moved here from the corner in January 2009.

Actually, the space has been on the market. Apparently the new owners are keeping it as is. 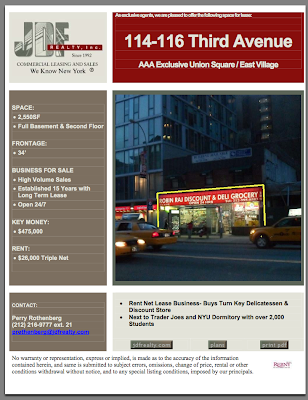 Check out the rents (and key money). We heard that they paid just under $30,000 when they were on the corner of 14th Street and Third Avenue... and that the landlord was raising the rent to $60,000. Not sure what 5 Napkin Burger is paying, but that's a lot of burgers either way...

For all of our Robin Raj coverage, including an alternate ending, please go here.
Posted by Grieve at 6:29 AM

"Yeah, the name... Robin Raj. It's a little... um... ethnic sounding for this up and coming, yet to be acronymed neighborhood. Did you see the ground floor bank across the street? Anyway. Yeah, this isn't... what's the word... 'jiving.' We were thinking something like 'Safe Deli' or 'Kansas Dee-Lite' or 'America's Deli' you know, something more... nice."

Possibly a bowl of soup or chili!!I believe is the drawing next to the piece of cake.

I find this really depressing. "Robin Raj" is cute, personal, and memorable; "Delicacity" is a fugly non-word. I blame Five Napkin Burger. Fucking burgers ruining everything.

The thingy to the left of the cake: a fondue pot?

"Yeah, the bowl... Can we not call it chili? When you say chili I think of beans and spices and suddenly my mind is in South America dancing with a goat. Did I mention there's a nail salon next door? Anyway, we were thinking it looked more like Fro-Yo or possible a nice bowl of Smoothie. You know, something... nice."