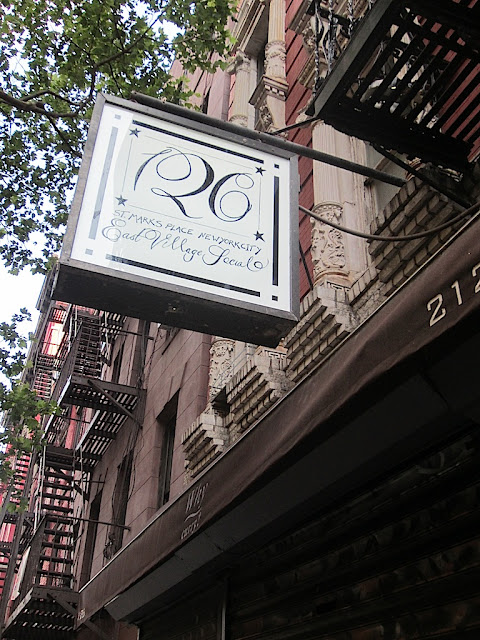 We've been meaning to stop by East Village Social, the new bar-saloon that opened last week at 126 St. Mark's Place near Avenue A. (In the space previously occupied by Lychee and Why Curry?)

We tracked down proprietor Dee Dee Patton on Facebook. She has been bartending in the City for 12 years now, the last four split between Niagara and the Bowery Electric. This is her first place.

"I really want East Village Social to be a locals spot that I want to hang out in," she said.

There are 10 beers on tap as well as seasonal sangrias. They also serve "comfort food with a southern spin," such as pulled pork on a biscuit with applesauce.

And they have a cool ceiling. 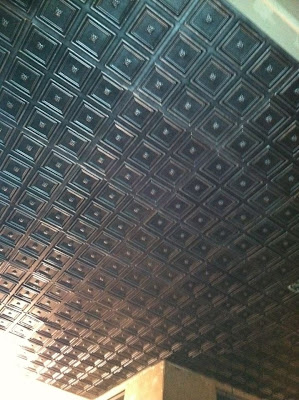 I love tin ceilings in bars. I'll have to check this place out, looks promising.

Good luck to them, will check it out! Hope they have a good selection of affordable beers!

I wondered why you hadn't written about this place. I thought you were trying to keep it to yourself! ;)

Went here last Friday, it's a great bar! Very cool interior and great food. Prices are very reasonable and the staff is friendly. Definitely check it out!

Good luck to them!

Great live music on monday nights friendly people cool atmosphere. I have to try the food.