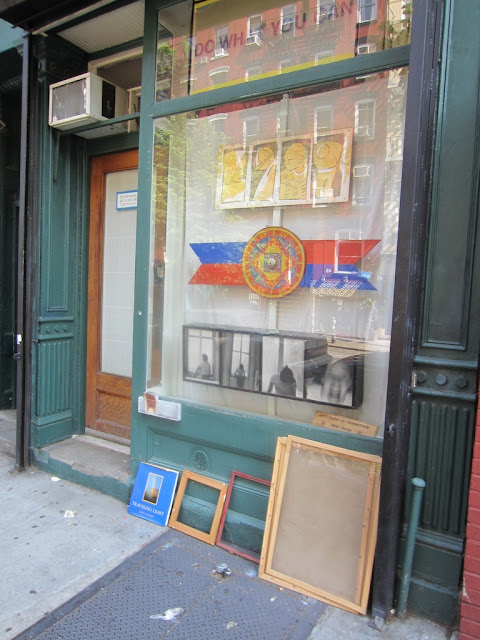 We recently heard that Julius Klein was closing up his studio/gallery space on East First Street at the end of May ... he has leased another space on 23rd Street and Lexington ...

Sure enough, we walked by his space today, and the landlord already put up the for rent signs ... 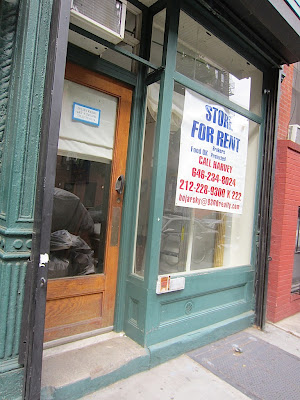 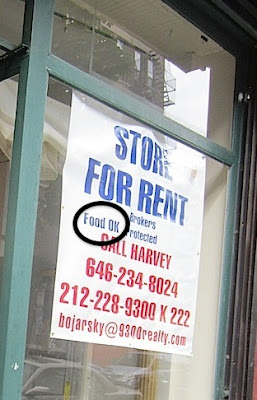 As for Klein... Among his many artistic endeavors, the writer-painter-sculptor-designer founded and directed XOXO, a gallery and performance space on East First Street at Second Avenue from June 1991 through July 1997. That was one of the many buildings demolished to make way for the sterile, glassy hell of Avalon Bowery Place. 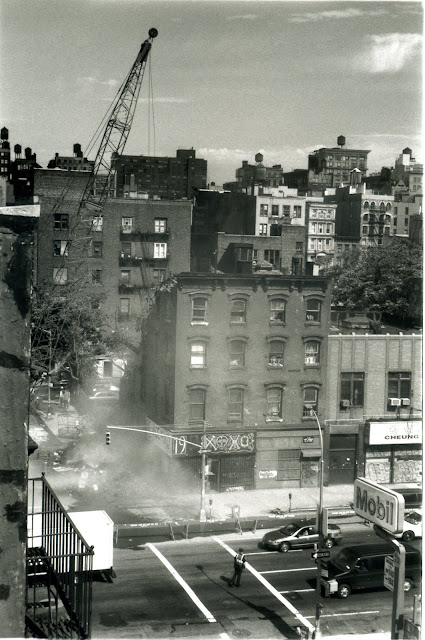 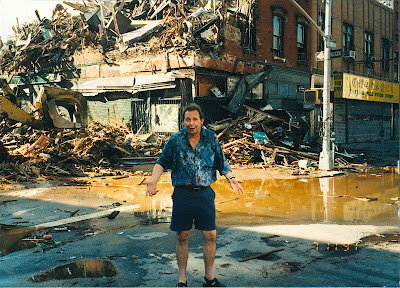 [Julius Klein in front of the former XOXO via Facebook]
Posted by Grieve at 4:40 PM

It is, sadly, no surprise that Julius has left the space on East First Street as the building was recently purchased by 9300 Realty aka Steve Croman, who owns more than 100 buildings, mostly in this neighborhood, and was featured by the Voice a few years back as one of the worst landlords in the city.

Very few, if any, original tenants survive his purchase of their building. The usual sad harassment saga of no heat/no hot water,eviction notices based on "not receiving" your rent check even when you handed it to them in person and have a signed receipt to prove it, etc., etc., will start almost immediately.

He has had tenants take out orders of protection against him in the past but has gotten slicker and now employs sweet little girls in the realtors office to talk you into agreeing to things that they have no legal right to ask of you and are always against your interest.

If you see a small sign freshly hung from your fire-escape saying
Apartments Available
Call (212) 228-9300
**Get an experienced tenant lawyer immediately. Find one who knows how this particular landlord operates.
**Start up a tenants group as soon as possible even if not every tenant wants to join.
**Do not deal with the landlord or his agents on your own.
**Do not accept his initial paltry offer of money to leave. Even if you intend to give in and leave - get expert advice first. You may have more rights than you think.

Yes, this is the sad voice of experience talking. I wish the best to all the tenants in this building and any others currently learning how this landlord operates.