Long-dormant East 13th Street lot is back in action; 6-floor new building next? 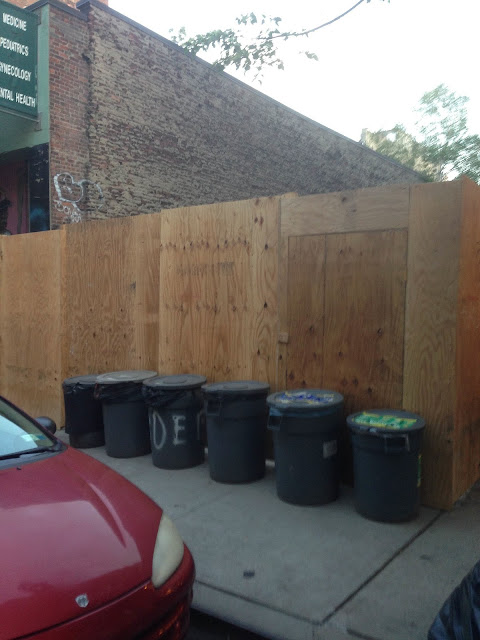 We haven't checked in on that long-dormant lot at 536 E. 13th St. near Avenue B in awhile ... the site became a dump (really, look) after construction on a new building here caused cracks in the foundation next door.

Now a resident on the block points out the arrival of a new fence ... and work permits at the site... 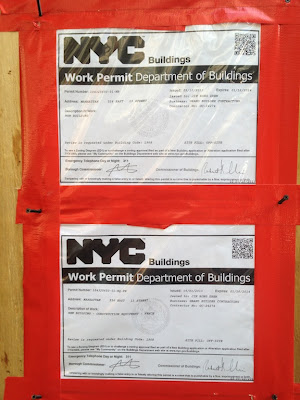 The new permits on file reads: "FOUNDATION, EXCAVATION & SHORING WORK IN CONJUNCTION WITH THE NEW BUILDING."

Approved plans for the six-floor building note proposed community facility/health care center use in the cellar with six total residences on the upper floors. David Howell of DHD Architecture and Design is listed as the architect of record. Ranga Krishna of East Village Realty is listed as the owner.

Previously on EV Grieve:
Your chance to own a stalled project lot on East 13th Street 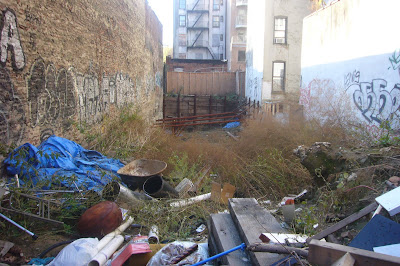