EV Grieve Summer Movie Preview: The Smurfs 2 in 3-D; they didn't have the balls to return to film here 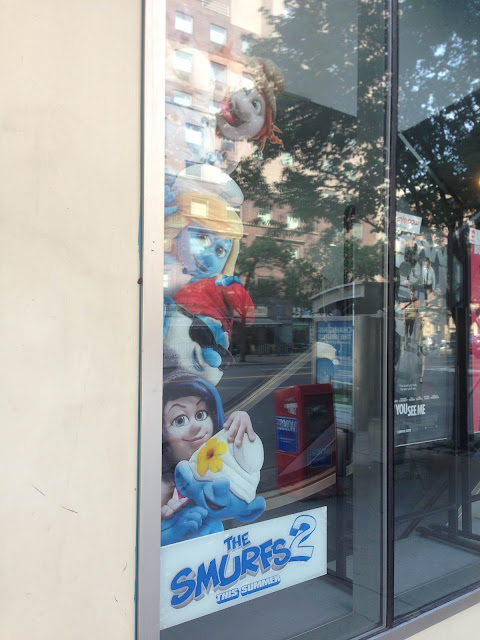 [Spotted yesterday at the Loews Village 7 on Third Avenue]

OK, truth is, we had no idea that there was a Smurfs sequel. But, as you will recall doubtlessly, the Smurfs were the talk of the neighborhood back in the heady days of the spring of 2010. Crews filmed several scenes here. After the shoot, the cast lingered, pulling some Bynes-like shit and we all had to get 311 on them. 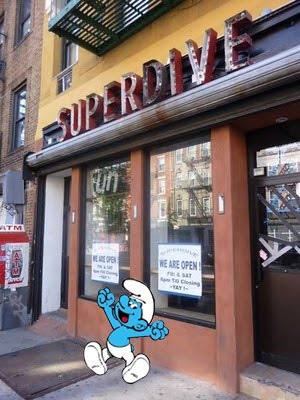 Anyway, for Part 2 in 3-D, these little fuckers the Smurfs (Smurfs'?) action is based in Paris (France).

And on an actual serious note, Part Deux marks the last film for the great Jonathan Winters, who died on April 11. He supplied the voice for Papa Smurf.

Previously on EV Grieve:
A lot of fuss to watch Neil Patrick Harris exit a cab for 10 seconds

Exclusive: The Smurfs show their immature side while filming in the East Village

Email ThisBlogThis!Share to TwitterShare to FacebookShare to Pinterest
Labels: Smurfs