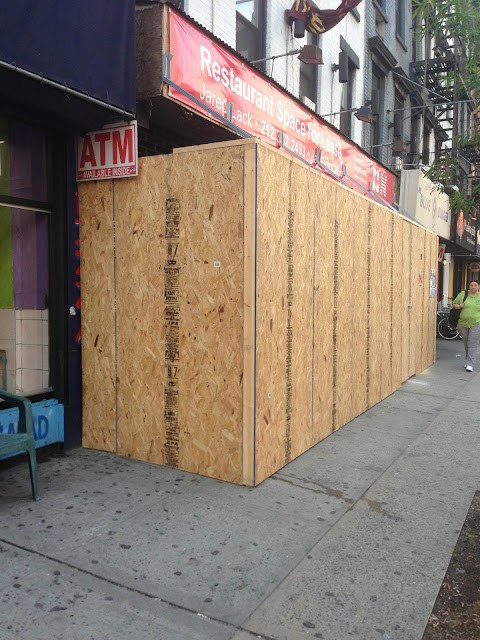 The plywood is up now at the long-empty space at 90 Third Ave., most recently home to Montein Thai between East 12th Street and East 13th Street. Eater had the scoop on what's coming soon here: "Philadelphia-based Sichuan master Han Chiang is bringing his hit restaurant Han Dynasty to New York City."

Per Eater: "Chiang has earned a whole lot of praise for his fiery Sichuan cooking in Philadelphia"

(And, oddly enough, only two doors away from 99 Miles to Philly.)

CB3 just gave its approval this month for a beer and wine license for Han Dyansty.
Posted by Grieve at 6:00 AM