I just added New York in the 1990's Photo Archives to that jumbled mess of a blogroll over on the right-hand side of this page.

A little background: As a student here in the early-to-mid 1990s, Grégoire Alessandrini was always carrying a camera around with him... and he has been uploading the photos from that time to his blog. (Alex has featured his work at Flaming Pablum while Curbed has also highlighted his photos of Times Square and the Meatpacking District.)

I wanted to point out a few of his photos from the East Village, where he lived on Avenue A and East 12th Street. He lives in Paris these days (Vélib, the bike-share program, works very well there, he says) ... Regarding the photos: "I really do miss these times." 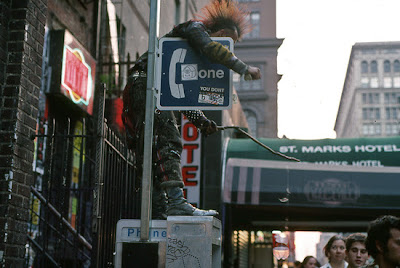 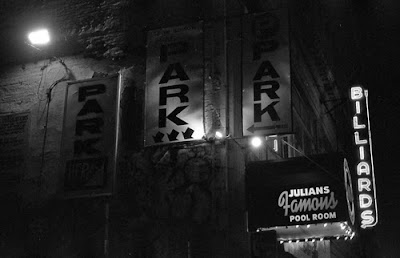 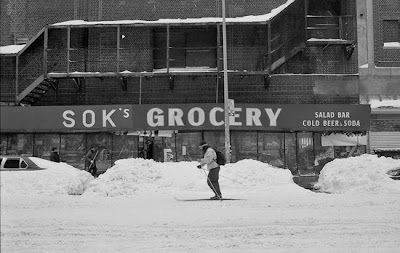 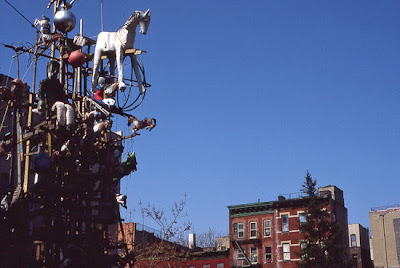 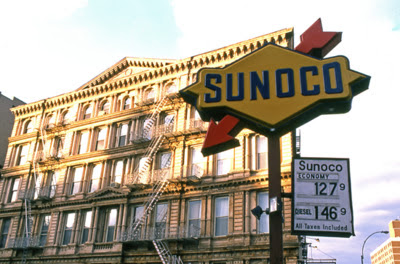 The Bowery at Bond 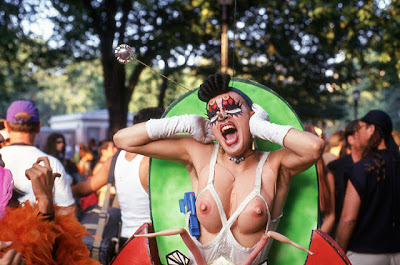 You can spend your holiday weekend now rooting through his photo archives here.
Posted by Grieve at 6:20 AM

Many Many thanks for this review of my blog !!!
I hope New Yorkers will enjoy this flashback to the 90's...not that long ago after all...but it was definitly a very different city back then...
I'm currently looking for a publisher for a book about this NYC era...
I will keep on updating my posts and cleaning up some images. So please come back !
Long live EV Grieve !
GA from New York in the 1990's photo Archives.

Thank you for sharing Gregoire's photos. I moved to 12th and A in the early '90s, and I still live there. I love seeing these photos from back in the day.

It's @8:13 a.m. again. I also have a picture of that punk rocker with the mohawk from back in the day!

The photo of Trash Vaudville...very evocative. Not that long ago, but a different era entirely.

I, for one, am not sorry that the trash sculptures are gone.

Buck twenty seven for a gallon of gas?? Yeesh, might as well have been a hundred years ago. Reminds you of how sharply the cost of living has gone up in the last couple decades. Fuel costs are implicit in almost every thing we pay for, no wonder our economy is so stressed.

Wow, I absolutely didn't remember the neon sign on Julian's. Thank you, Gregoire.

I didn't even know Julian's was still around in the 90's. Must have been really early; right?

his name is troll