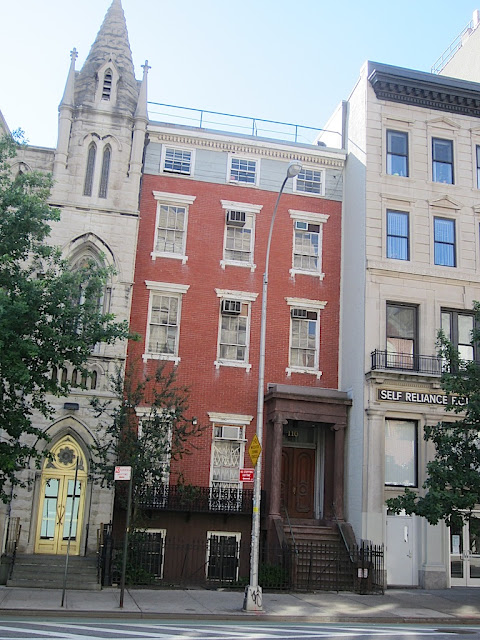 Christopher Gray at The New York Times has a piece on the history of Second Avenue in today's paper ...

Second Avenue opened after the adoption of the grid plan in 1811, and wealthy families put up comfortable brick Greek Revival houses, like the Isaac Hopper house at 110 Second Avenue (above), nearly intact from the 1830s. 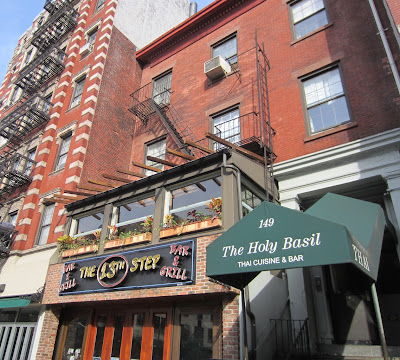 And you may not notice the beauty of No. 149 ... with the distraction of the kegs and stench of chicken wings from the 13th Step... 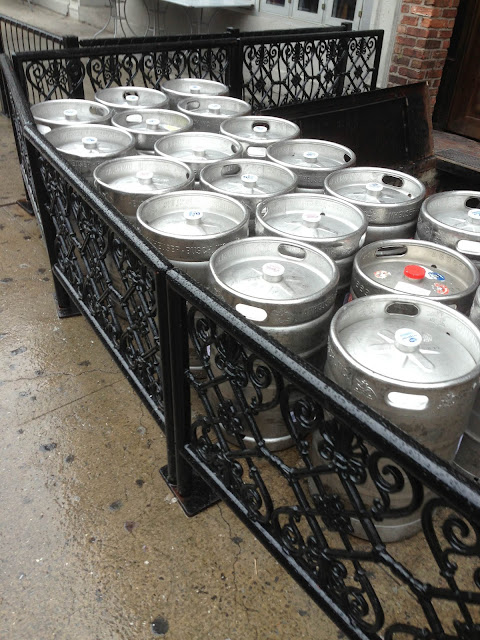 Another town house from the 1840s is 149 Second Avenue; it still has its stoop and is comparatively little altered, although there’s a big skylight on the roof that must give some apartment plenty of sun. The 1870 census records the occupants as Edward Jaffray, a socially prominent dry goods importer, his family of five and nine servants.

And what about today's Second Avenue?

There is still some of the old egg-cream-ethnic left on Second Avenue, but now the chief cultural group is 20-something singles, who spill onto the sidewalks like a giant fraternity party, more ebullient than disorderly, even with plenty of beer.

Read the whole article here.
Posted by Grieve at 11:11 AM