A Blarney Cove moment on its last night in business 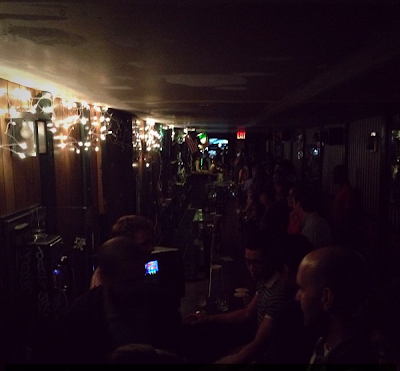 A reader shared this in the comments about the last night of the Blarney Cove on East 14th Street:

Went with some friends [Tuesday] night around 10PM. Ordered a few pitchers and was told "no more draft beer." Ordered bottles. They said all we have is Bud. After a few of those we were told no more beer, so we switched to whiskey and wine. After that we just decided to buy a six pack from the deli around the corner and bring it back in.

So all in all, a pretty standard blarney cove night.