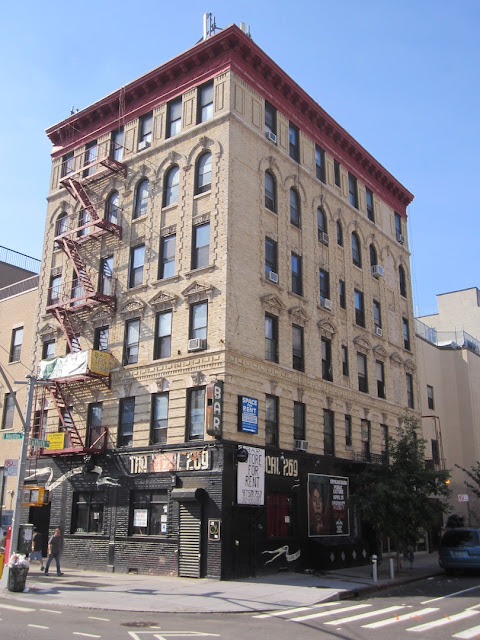 The Local 269 on East Houston at Suffolk never reopened last fall after a flood apparently KO'd much of the live music venue's equipment.

Applicants who were previously involved with the Apocalypse Lounge (2004-2007) on East Third Street between Avenue A and Avenue B apparently had designs on a new bar here. However, the applicants apparently never appeared before the CB3/SLA committee back in March, according to the CB3 meeting record.

Anyway, walking by the other day, we counted nine different for rent/sale signs on the building... (one sign looks to be for an adjacent space...) 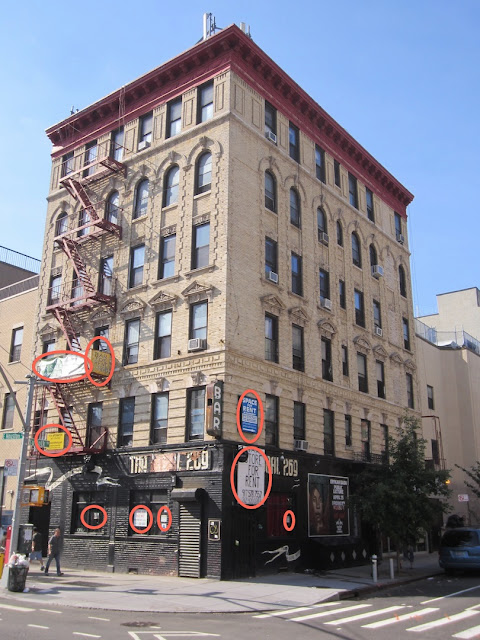 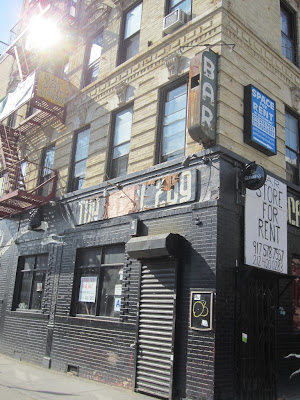 Meanwhile, the whole building remains on the market for $12 million.

The Local 269 space was previously home to Meow Mix and Vasmay Lounge. The Local opened in February 2009.
Posted by Grieve at 6:00 AM

Soooo many circles.....makin' me dizzy!

something exciting is coming soon!