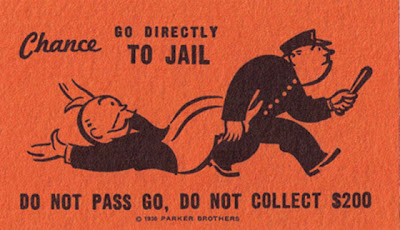 The NYPD Daily Blotter in the Post today notes a botched robbery attempt at the Chase branch on Second Avenue and St. Mark's Place. A man named Jerry Gomillion, 63, passed a "demand note" to a teller on May 23.

But when the teller, instead of cooperating, showed the note to a co-worker, Gomillion abruptly turned around and fled, perhaps forgetting about the bank’s video cameras.

He was later arrested.
Posted by Grieve at 1:15 PM

I love when names match the person's profession or fate.

And let's not forget Anthony Wiener.

"Bank robbery" can be better defined as the actions of the bankster cartels vs the communities they inhabit and society at large.

Did Gomillion really attempt to "rob" a bank or was he simply attempting to redistribute the bank's ill-gotten funds????