Promising you the Super Moon 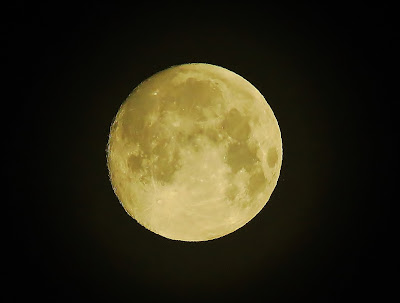 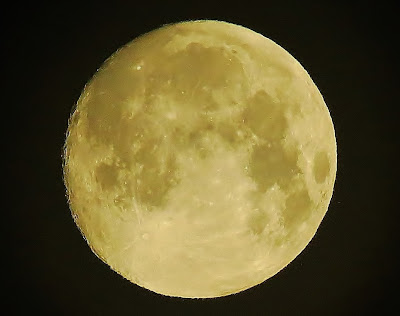 Bobby Williams took these photos (of the moon) around 2:35 a.m. ... almost time for the Super Moon tomorrow morning! The biggest and brightest full moon of the year!

Let's just lazily cut-n-paste this from The Washington Post:

The upcoming perigee occurs within minutes of the official full moon (but after the moon will have set for the day and not visible in that particular time window). Make some toast and pour your coffee, since on Sunday, June 23 perigee is at 7:11 a.m. eastern, when the Earth and moon will be about 356,991 kilometers, or 221,894 miles apart, according to the Royal Astronomical Society of Canada. A mere 22 minutes later – at 7:33 a.m. – the moon becomes full, according to the U.S. Naval Observatory.


The moon will appear 14 percent larger than normal, or more depending on how much you drink.

Meanwhile, we'll need to check in with Felton Davis.

Email ThisBlogThis!Share to TwitterShare to FacebookShare to Pinterest
Labels: The moon

Will have to remember to check out the moon before I go to bed!

A friend told me if you bend over and look at the moon from between your legs, it looks normal-sized. Something to do with the mind/eye perspective. Or drunkenness (allegedly).