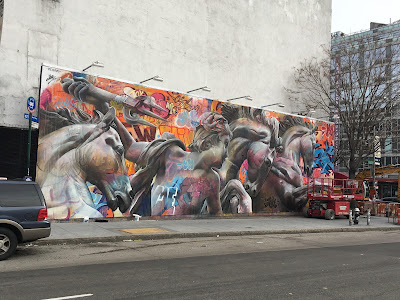 After a week of work, the Spanish street-art duo PichiAvo have completed their piece on the Houston/Bowery Mural Wall today...the first in NYC for them.

Some detail ... the two are known for fusing classic ancient gods with contemporary urban art 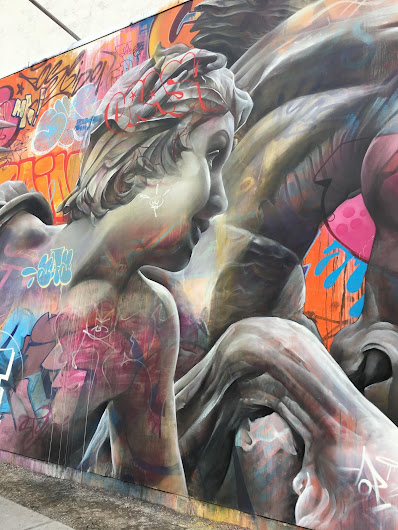 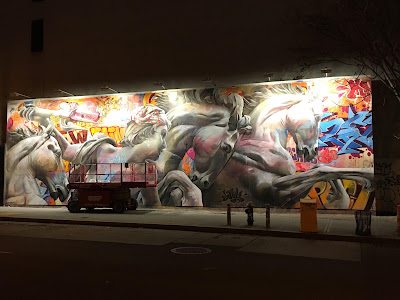 The mural, titled "Urbanmythology" according to a news advisory from Goldman Properties, will be up through May. (I've also seen the mural titled "Urban Homeric Hymn to Poseidon.")
Posted by Grieve at 1:29 PM

Stunning. The fake tags make it look like it's been there for decades.