Free stuff at the former Lanza's on 1st Avenue 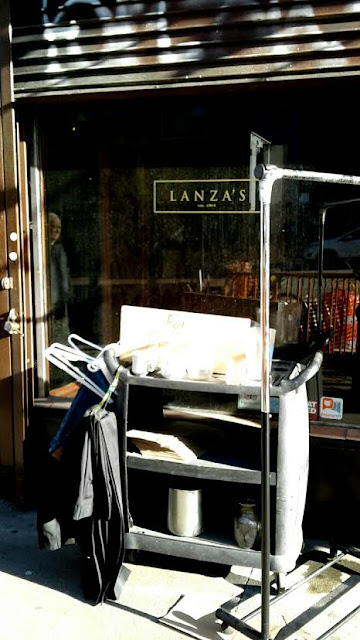 Workers are cleaning out the former Lanza's space now... and placing unwanted objects out of the sidewalk for the taking. It appears the contents of the restaurant's lost and found are among the freebies. (There was an auction here on Jan. 5.)

The state seized Lanza's last July for nonpayment of taxes. The restaurant first opened in 1904.

Photo by Lola Sáenz
Posted by Grieve at 3:10 PM

Email ThisBlogThis!Share to TwitterShare to FacebookShare to Pinterest
Labels: Joe and Pat’s, Lanaza's

This is NYC. Nothing is for free.

The proprietors are turning over in their graves.

Is that a jar of pickles eggs???