A new look outside for the 11th Street Bar 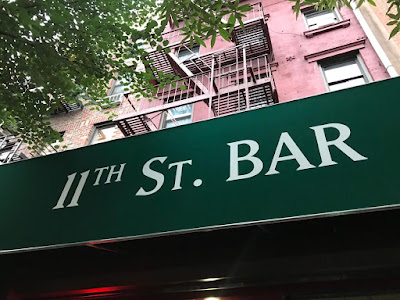 Over on 11th Street, Vinny & O shared these photos of the new awning outside the 11th Street Bar between Avenue A and Avenue B... 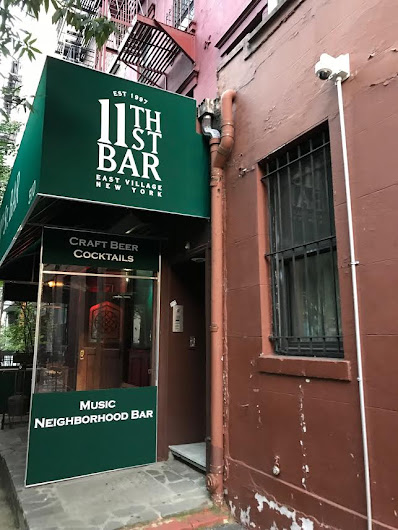 Back in the late spring, Dan Sweeney, a bartender at the pub these past seven-plus years, took over the ownership (along with his partners, Diarmuid and Meghan Joye).

Sweeney told EVG correspondent Steven in May that they weren't planning on many changes, aside from a new awning. So check that one off the last.

The bar also has a new website (unveiled yesterday), which you can find here. The 11th Street Bar has also continued its free live-music programming five nights a week.

Previously on EV Grieve:
A (familiar) new owner for the 11th Street Bar
Posted by Grieve at 4:12 AM

I was just by there. Much more visible from Avenue A.

The bar looks fresh and alive. They have new wood floors in the back. My heels don’t get stuck between the boards any more.