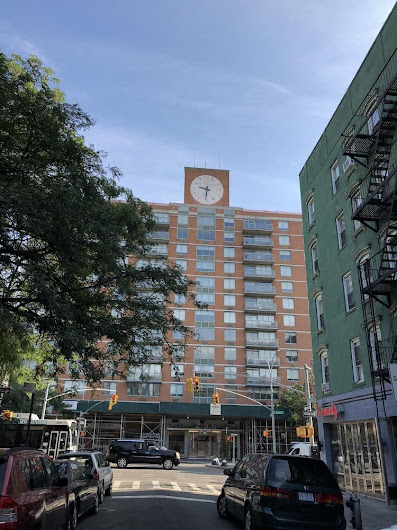 After nearly five months of renovations, the all-new lobby has emerged from behind the plywood at 250 E. Houston St., the former Red Square here between Avenue A and Avenue B. 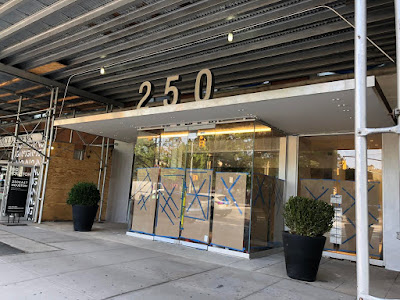 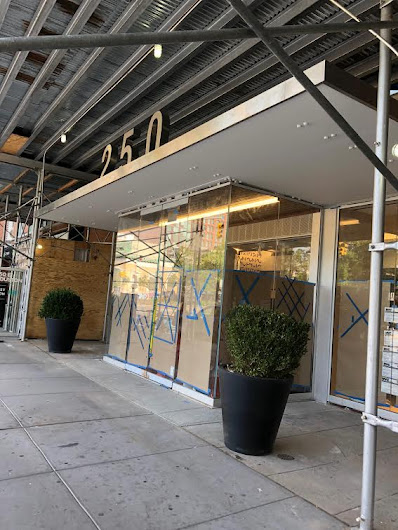 The Dermot Company, which bought the 13-floor building for $100 million in 2016, has stated they are "creating a more updated style and fit for the cool East Village neighborhood" with the renovations at the retail-residential complex with the Tibor Kalman-designed rooftop clock.

The main entrance is apparently the first step in this updated direction, which includes some new retail tenants. On that note, as reported in April, Y7, growing hip-hop yoga chainlet, signed a 10-year, 2,000-square-foot ground-floor lease for one of the retail spaces. 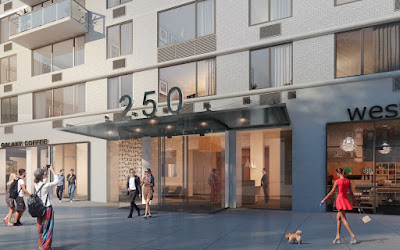 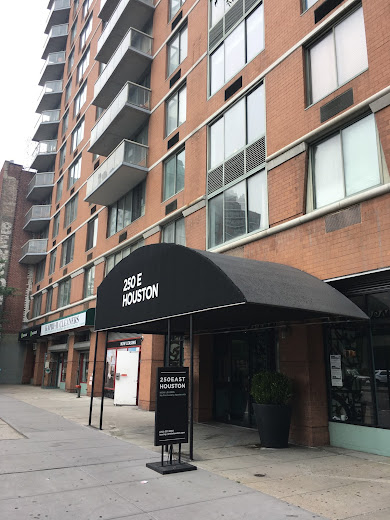 That entrance alone justifies the huge increases in rent the tenants will be asked to pay, so worth it....