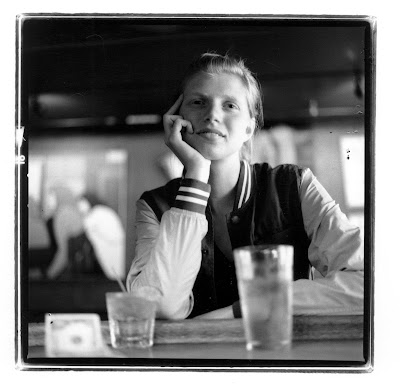 Kyle de Vre is never without a camera. So it made sense that de Vre, an East Village resident who has worked at Sophie's for the past four-and-a-half years, would put his camera to use while behind the bar.

During his Tuesday afternoon bartending shifts, de Vre started taking portraits of patrons seated in the comfortably worn bar on Fifth Street between Avenue A and Avenue B.

The results can be seen in a new photo book, appropriately titled "See You Next Tuesday," which he'll release in a limited edition next Tuesday, Sept. 4, at Sophie's.

As he writes about the project on his website: "All of the subjects positively impact the neighborhood in one way, shape or form. Community is important and these are the types of people that make this neighborhood special." 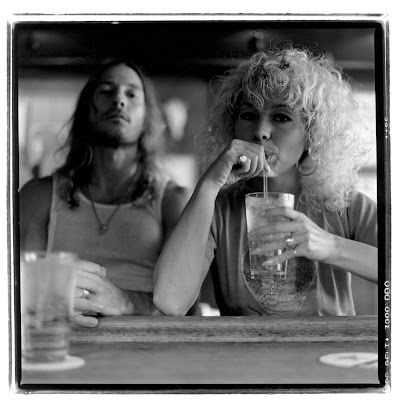 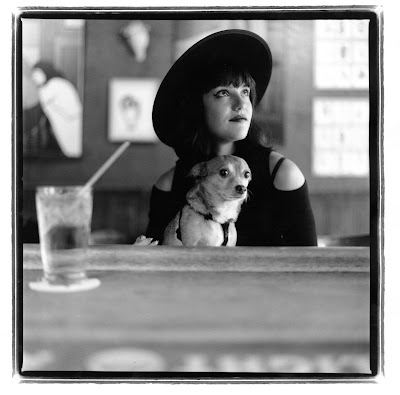 I asked de Vre a few questions about the book.

What compelled you to start taking photos of patrons from behind the bar?

I had brought my camera to Sophie's a few times over the first two-to-three years that I worked there. I mostly took street photography as well as photos when I travelled. I got a new camera early last year, which was great for taking portraits — something I had never really done before.

So I started taking it into the bar every Tuesday because I knew I would have subjects to shoot. There was just enough light in the bar that I could [take photos] without a tripod or flash on Tuesday afternoons.

At what point did the idea for a book come about?

A friend was on the phone and I just started taking photos of him from behind the bar. Although the images weren't the greatest, the idea and framing were there.

So the next week, [my friend] Kayla came into the bar to chat with someone. I asked her if I could take her photo from behind the bar — more so along the lines of a traditional portrait. I shot four images of her while she drank her gin and tonic. When I saw the photos, it just kind of clicked in my head — why not start taking photos of everyone I know who visits me on Tuesdays.

What is your favorite thing about - or any day — at Sophie's? 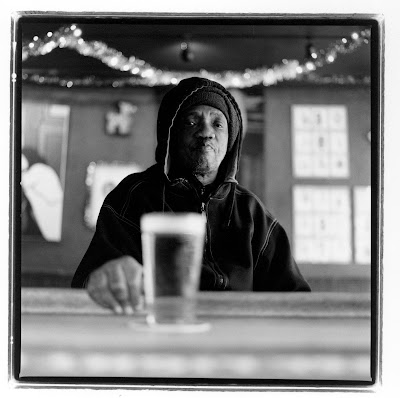 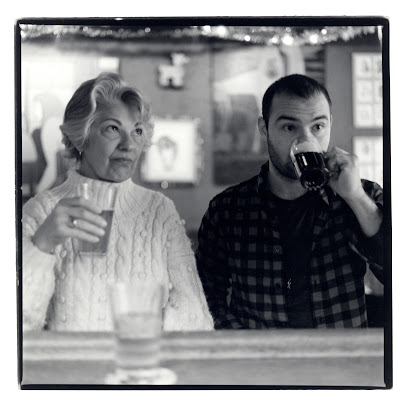 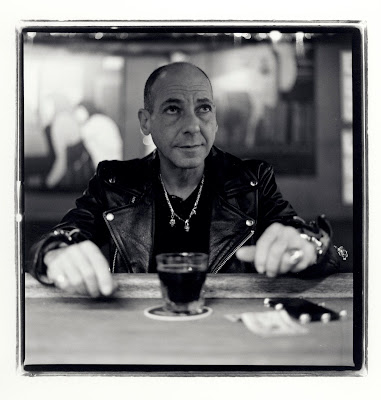 The "See You Next Tuesday" book launch is Tuesday, Sept. 4 at 9 p.m. at Sophie's, 507 E. Fifth St. between Avenue A and Avenue B. All photos by Kyle de Vre. Posted with permission.
Posted by Grieve at 4:30 AM

Sophie's is the best bar in the East Village.

These remind me of Sarah Stolfa's "The Regulars."

Beautiful photos by a beautiful human being. Love you Kyle!

Where's Josie, she feels left out !

Photos looks great. Will try to make the reception. I remember this bar in the 70s when it was called Chic's or to my friends and me, Mrs. C's. I wrote something about the bar back then. https://mrbellersneighborhood.com/2014/04/last-night-at-mrs-cs

Girl with dog is excellent.

I'm guessing these were taken with a Rollei or other 2 1/4 camera because of the square negative. They're pretty wonderful.

Thanks so much! I took them with a hasselblad 501cm