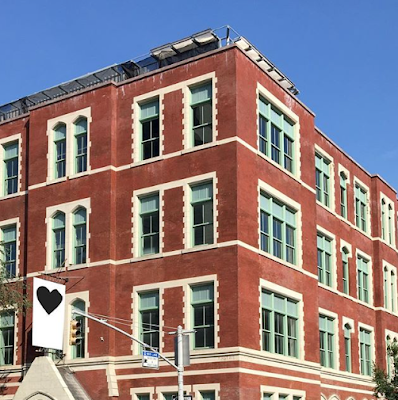 The fall season at Performance Space New York is titled the Posthuman Series.

Here's what to expect, in part, at the former PS 122 on First Avenue at Ninth Street starting later next month:

For the next three months you are invited to join artists in exploring worlds that extend beyond human perspective, disrupting traditional conceptions of humanity. Rather than positioning human consciousness as the primary source and content of all art making, the contributions to the Posthuman Series often blur distinction between ‘the human’ and its other: namely nature, technology, animals, and gods.

In light of dramatic technological and scientific developments such as artificial intelligence and genetic engineering, the idea of an autonomous human being with agency over the world is rapidly becoming obsolete. Are you really more in charge of your communication than the algorithms and language programs in your smartphone? Is the artificial organ that keeps you alive not a part of your body?

The season begins on Sept. 27 with Annie Dorsen and "The Slow Room." This link takes you to the full schedule and more details about the Posthuman Series.
Posted by Grieve at 4:21 AM

I look forward to seeing a show there.
But I was so disappointed to see the street-side scaffolding up AGAIN! Oy, why?

What, another year and no Oklahoma? Damn...

why is the scaffolding back up? It was down for a bit. now the sidewalk is filled with trash and crustie droppings again...