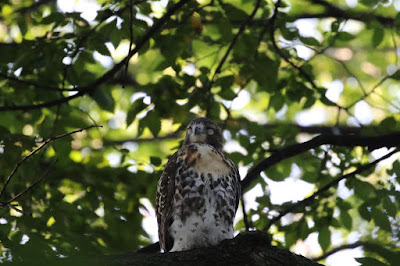 [The fledgling with its eyes closed on Friday via Steven]

We've already lost one fledgling (due to rodenticide) this summer in Tompkins Square Park ... and back on Friday and Saturday, things weren't looking good for his sibling.

Goggla was on the scene for a good portion of the weekend, even helping Ranger Rob try to capture the fledgling for evaluation.

The fledgling spent all of Saturday perched high in the trees, remaining very still with his eyes closed and his head often dropped forward. I really didn't think he'd make it through the day and prepared for the worst.

Then, around 7 p.m., he opened his eyes and looked alert. He flew to a bench where he looked unsteady, but still managed to catch a rat. After eating, he flew to a low branch hanging over the main lawn and stayed there until dark.

But by Sunday morning...

I returned ... and was relieved and elated to see the entire hawk family — fledgling, Christo and Amelia — flying around the park. They all perched together in their favorite locust tree on the east side of the park and the fledgling loudly harassed his parents for food for several hours. 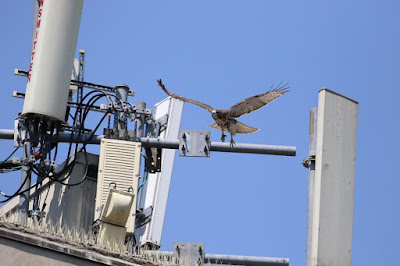 This fledgling has proven to be quite precocious this summer. I was going to post this early last week... 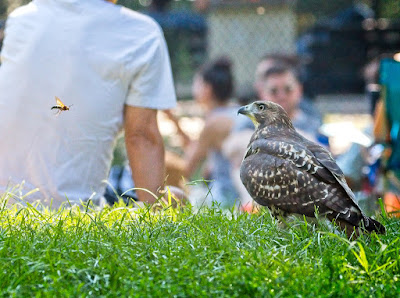 Goggla has an excellent update on the fledgling in Tompkins Square Park, who is enjoying exploring every nook and crazy of his surroundings... learning the trade from his parents Amelia and Christo... 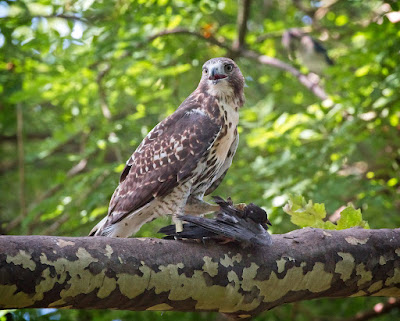 Read all about it here.

Meanwhile, in other red-tailed hawk activity... Zak Wojnar shared these photos on Aug. 16 from Essex and Canal, across from Seward Park ... showing a juvenile red-tailed hawk dining on a pigeon on a fire escape ... 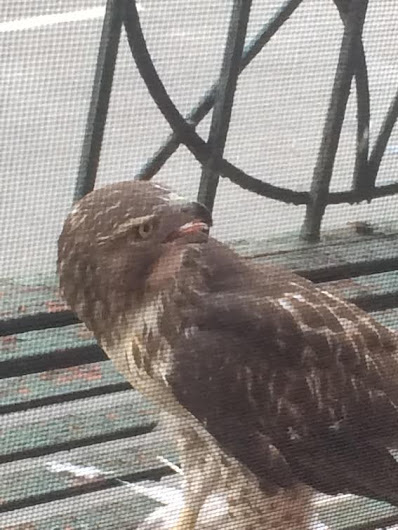 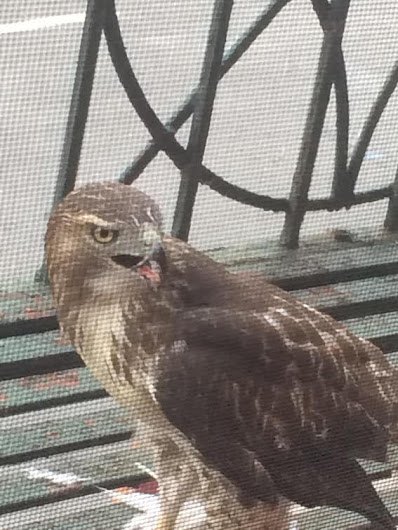 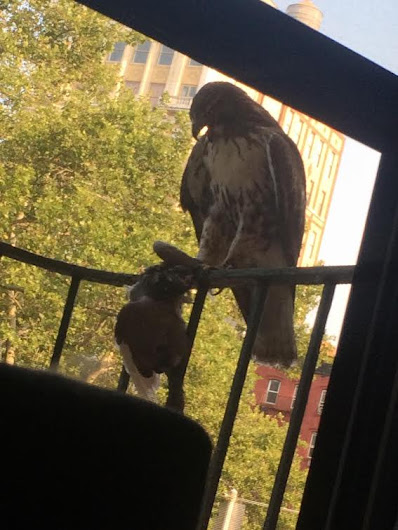 Previously on EV Grieve:
The red-tailed fledgling is having the most fun in Tompkins Square Park
Posted by Grieve at 11:30 AM

Actually he was flying low over the crowd around 7:00 at the end of the Charlie Parker concert.