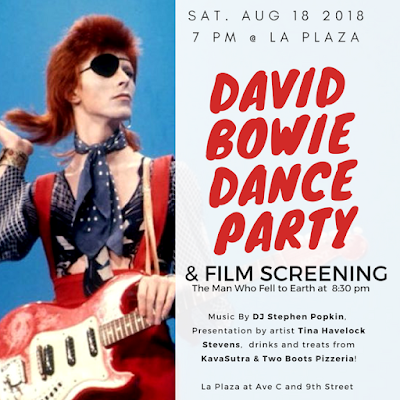 Updated: The rain has moved the festivities inside MoRUS, 155 Avenue C between Ninth Street and 10th Street.

The MoRUS Film Festival heads to La Plaza Cultural on the southwest corner of Ninth Street and Avenue C this evening... for a David Bowie extravaganza ... which will include a screening of "The Man Who Fell to Earth," the Nicolas Roeg sci-fi classic from 1976. The festivities get underway at 7 p.m. with music via DJ Stephen Popkin.

A preview of the film...