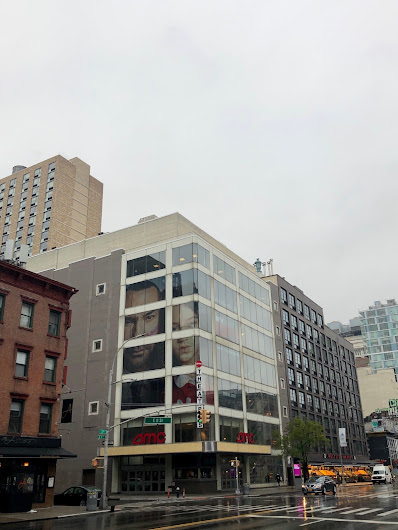 In recent weeks there had been rumors that some AMC locations, including the one on Third Avenue at 11th Street, were at risk of closing because of a potential bankruptcy filing.

However, according to published reports, AMC — the largest network of theaters in the country — has announced it plans to raise $500 million, improving its liquidity and pushing the threat of bankruptcy to the background.

As the Commercial Observer reported on Friday, AMC Entertainment skipped rent in April after closing all its 1,000 theaters globally in March and furloughing 26,000 workers in the United States, or 96 percent of its workforce. Their theaters are expected to remain closed through June, with hopes of a partial reopening later in the summer, according to reports.

A joint venture of ABS Partners Real Estate and Benenson Funding is AMC's landlord in the East Village, where the theater chain has a ground lease through July 2037.

The seven-screen theater is in the corridor south of Union Square that preservationists have worried will turn into a "Silicon Alley" thanks to the zoning change made for the mayor's tech hub on 14th Street.

This prime real-estate sits near the new Moxy East Village hotel. The Nathaniel, a 9-story luxury rental, arrived right next door in 2014.

I was never really a fan of the rather cinder-blocky theater, but have grown to like it in the past year or so for mainstream films. On the downside, even after the 2015 renovation the lobby is too cramped — lines for tickets and concessions spill into one another — and the carpet pattern can cause seizures. 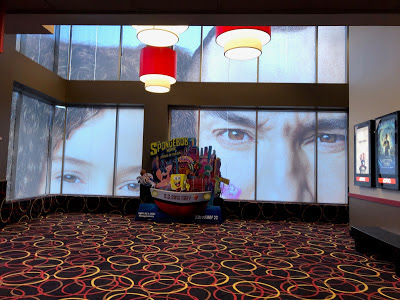 Still, it's more comfortable and seemingly less crowded than, say, the Regal Cinemas at Union Square or Essex Crossing — locations where people think it's OK to have animated conversations throughout a movie.

Loews opened the theater on May 24, 1991 on the site of a one-story parking garage that had been built in 1868 as headquarters for the NYC Department of Public Charities and Corrections, per Cinema Treasures.

And here's a late-1970s look at the block via a photo by Mark Kane that I stole from Jeremiah Moss ... before the theater and the luxury rentals with the Westside Market... 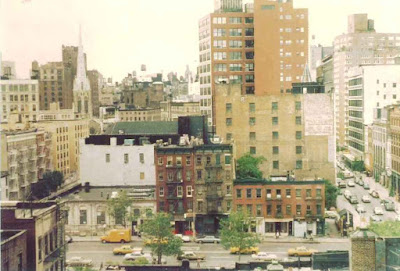 It may not be pretty from the outside, which is a matter of opinion of course, but the inside offers us the magic of movie art 7 times!

I miss movie theaters. But this, right here just means my money goes elsewhere.
"people think it's OK to have animated conversations throughout a movie."

I remember there used to be little grocery store on that first building on the right back in 73 also there was a big parking lot from 12 to11 street from where this picture was taken.

My neighbor works there so I really hope they won't close this location or any location. I love watching mainstream films! I think their reclining seats are decent and their employees are nice.