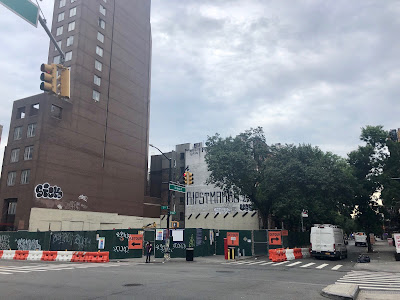 As we've been reporting in recents weeks, work has commenced on the northeast corner of Third Avenue and St. Mark's Place, site of a future 10-story office building. 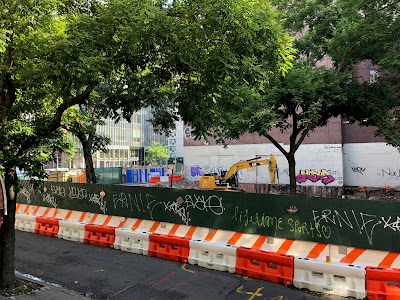 New on the plywood: A vague schematic of the future structure... 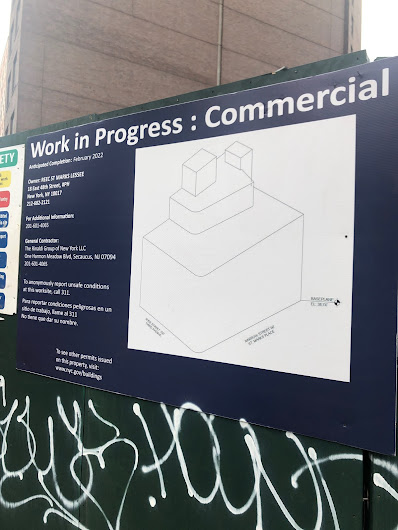 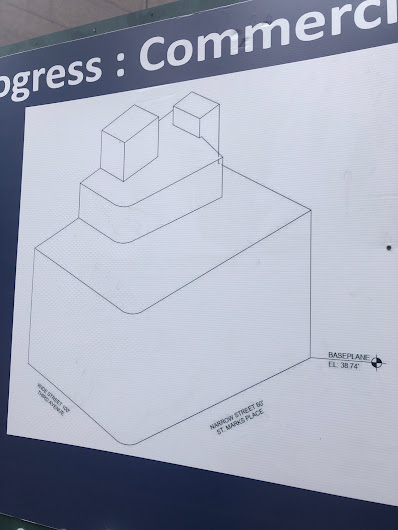 The signage also offers a piece of news: the completion is listed as February 2022.

And for a more detailed view of the all-new 3 St. Mark's Place ... as seen in this before and after...

The total square footage of the building has yet to be determined. Cutting and pasting from before:

REEC picked up the 99-year leasehold for the properties here for nearly $150 million in November 2017.

• Concern over potential air-rights transfer for new office building on St. Mark's Place and 3rd Avenue
Posted by Grieve at 6:15 AM

That's the greatest rendering I've ever seen. I'd laugh if I wasn't crying.

Literally looks like a pile of crap in the drawing. Nice.