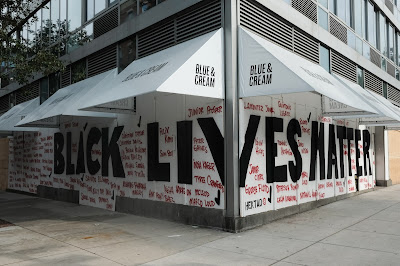 [Photo on the Bowery and 1st Street by Derek Berg]

• "New York leaders faced an unanticipated crisis as the new coronavirus overwhelmed the nation’s largest city. Their response was marred by missed warning signs and policies that many health-care workers say put residents at greater risk and led to unnecessary deaths." (The Wall Street Journal, subscription may be required)

• An explainer on the city's coronavirus eviction moratorium (Curbed)

• The East Village is home to several boutique pilates studios that offer 1-1 sessions. With that in mind, there's a petition in circulation to allow these studios to reopen in Phase 2 instead of Phase 3. Find the petition here.

• And indie bookstores are trying with curbside service (B&B)

• Honoring New York City Pharmacy on First Avenue, whose founder, Ali Yasin, passed away in early May (Off the Grid)

• A pee-pun-filled expose on the alleged uptick in public urination in the city, including the East Village (The Post)

... and a cottage industry arises in the plywood era of recent weeks... 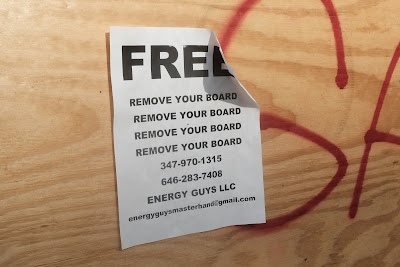