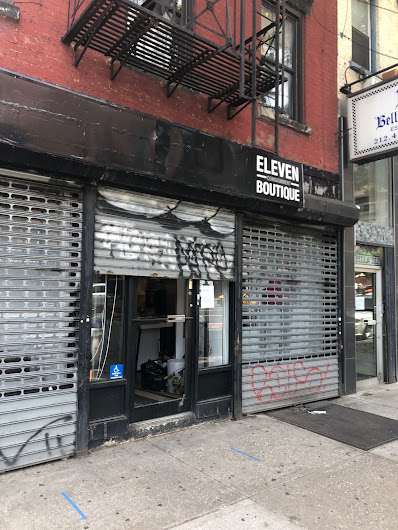 There was activity yesterday inside Eleven Consignment Boutique on First Avenue and 11th Street... site of a long legal battle between former business partners and owners.

The high-end used clothing and accessories store shuttered without any warning some time in late November or early December, angering customers who had items for sale inside. (Ditto for the Park Slope location.)

Someone said to be a court-appointed receiver was inside the still-stocked EV shop yesterday, continuing the claims procedure process. (This after apparently kicking in the front glass?) 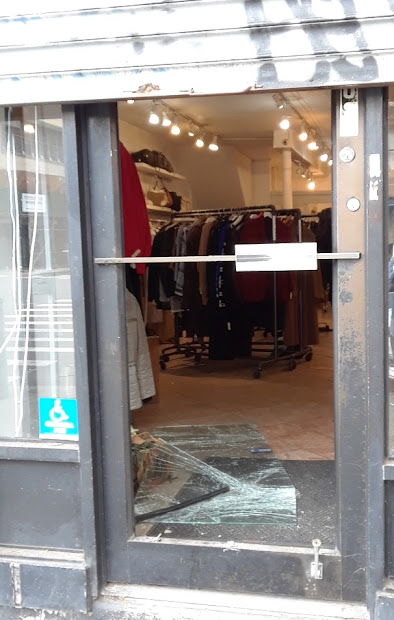 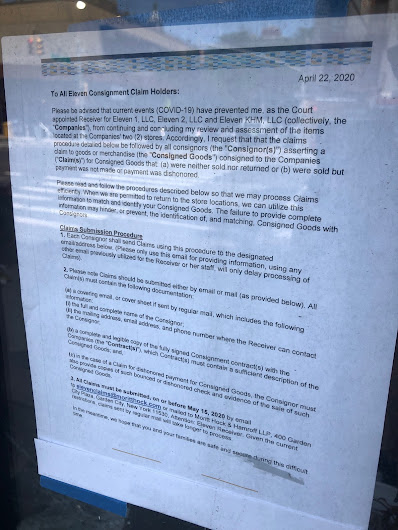 As the Post reported in early January, a lawsuit among partners was to blame for the sudden closure.

Elizabeth Murphy, who ran the business with her husband Ben Malik Marambiri, said they were forced to turn it over to former partners, Kisito Mone and Romeo Hien, after years of litigation, which included allegations of breach of contract and misappropriation of money, finally ended in June [2019].

Murphy says Mone didn’t want to put in the work to run the businesses.

Mone denied the business was turned over to him, although he said he returned the keys to Murphy and Karambiri’s new lawyer, Rania Sedhom.

Sedhom said she gave the keys to a representative of the court-appointed receiver who was named to oversee the stores’ assets.

By the looks of it, that court-appointed receiver is on the job.

Previously on EV Grieve:
• Eleven Consignment Boutique closes, leaving customers without their resale items
Posted by Grieve at 6:00 AM

Damn. So much for getting my expensive clothing back that I gave to them for consignment. I along with others lost out on money and precious goods. Fucked up!