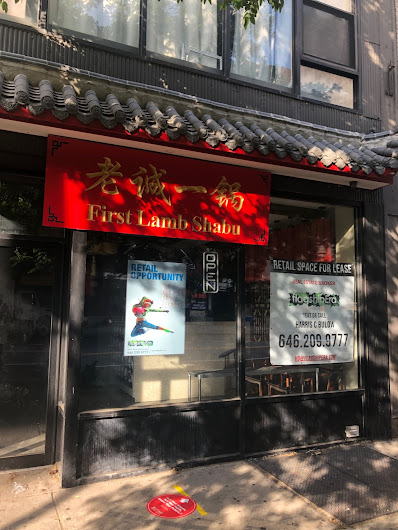 This was the first Manhattan outpost for the Beijing-based hot pot chain that has more than 300 locations in China. (There's also an outpost in Flushing that people like.)

Prior to the start of the First Lamb Shabu build-out in April 2018 (!), the storefront between Second Avenue and Third Avenue had been empty since Dunkin' Donuts decamped for a smaller space on the block in August 2015.

The Dunkin' Donuts space on East 14th Street is for rent
Posted by Grieve at 6:00 AM

That's a shame -- it was over before it started. I was looking forward to trying them out at least once, d'oh!

Honestly it was a weird place. Huge space, few tables, impossible to get a waiter's attention, menus hard to understand. Love hotpot, but only went back once.