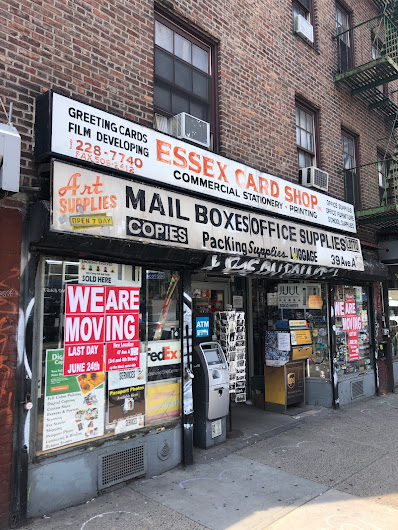 Essex Card Shop closes after today at its longtime home at 39 Avenue A... ahead of a move less than a block away to between Third Street and Fourth Street... 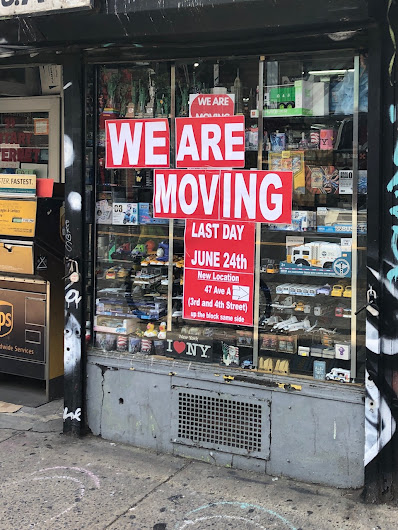 As previously noted, the eclectic shop is moving one block to the north to the now-vacant storefront at 47 Avenue A (the former Essex 99-Cent Store owned by the same folks).

We also noted how much we liked the shop's sign and pleasantly cluttered exterior.

The storefront has also caught the fancy of local artists, including Delphine le Goff ... 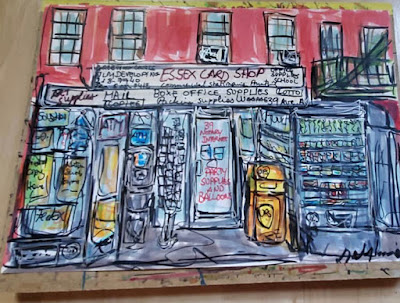 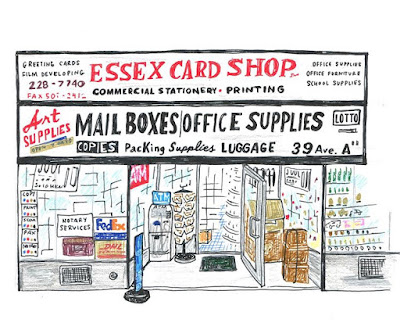 As for the sign, a shop regular says that the owners are keeping the sign, but it likely won't be hanging above the new location.

THE best, most needed shop (aside from a grocery store) in the neighborhood. Love the treasures in that shop. And the owners are great.

Thank you for mentioning me and posting my sketch!
I am glad they are keeping the sign. It makes it so charming.
Glad they only moving. Really like Joel Holland drawing!