The playgrounds are back open in Tompkins Square Park 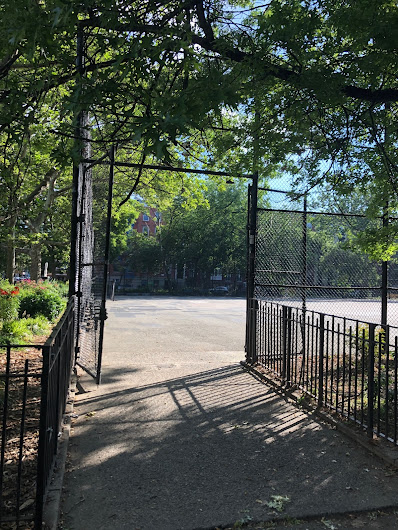 The ballfield/TF and playgrounds in Tompkins Square Park are back open. Workers unlocked them on Friday morning, then locked them up again later in the day. Signage then arrived stating the areas would be closed until today for painting and cleaning. 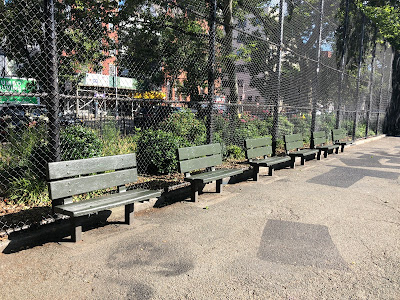 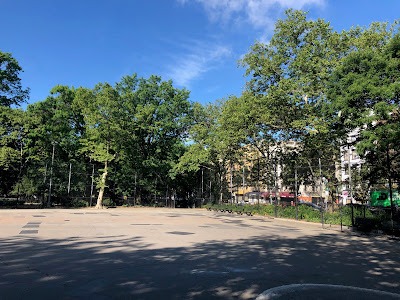 Meanwhile, the playgrounds are open... and signage points out that the city is not sterilizing the equipment... 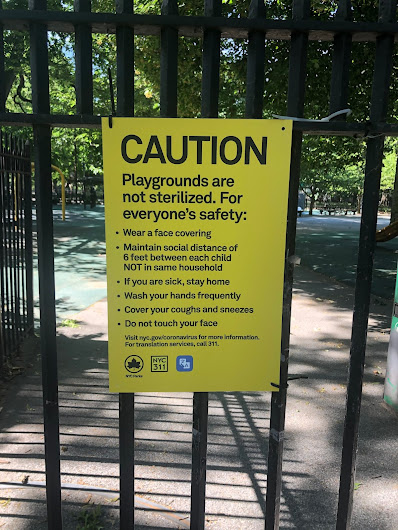 Also, the basketball courts are open, though the rims are still MIA. The dog run remains closed.
Posted by Grieve at 10:30 AM

Doesn't matter that the dog run is closed, because resourceful people can make a dog run out of any patch of grass around.