FlyeLyfe on the move to 1st Avenue 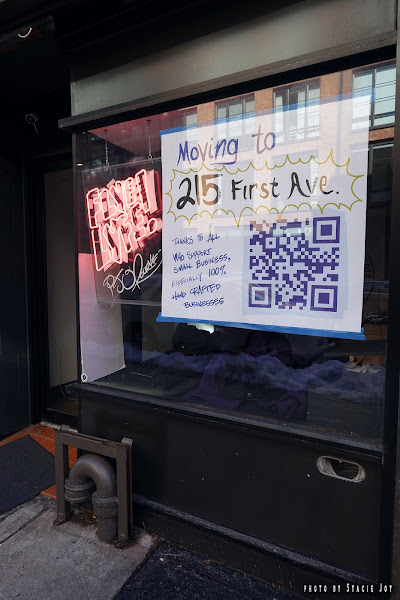 This past November, when EVG contributor Stacie Joy visited artist and entrepreneur P.J. O’Rourke at FlyeLyfe on 11th Street between Avenue A and First Avenue, the East Village resident had hopes to move to a more high-profile spot in the neighborhood for increased foot traffic and exposure.
That is now a reality... O’Rourke recently signed a lease for a new, larger space at 215 First Ave. just south of 13th Street to sell his creations — original design T-shirts, hoodies, sweatshirts, hats, masks, prints, patches, bags, magnets and caps ... all printed in house... 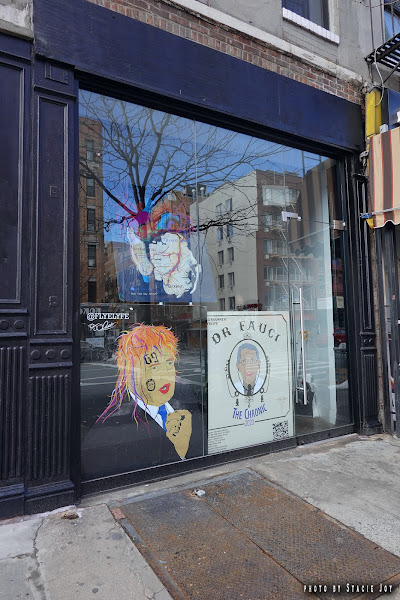 ... Stacie stopped by the new storefront the other day to find O'Rourke setting up shop... 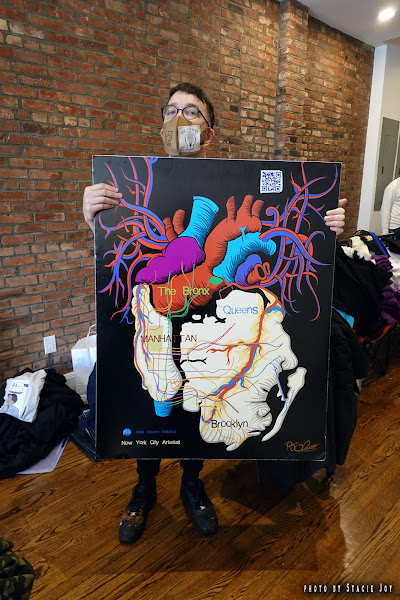 He plans to be ready for an official opening in early March. 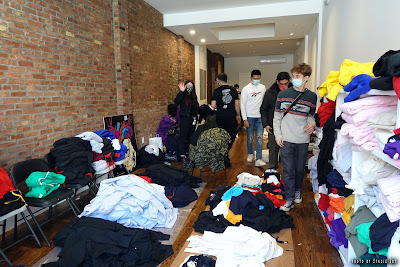 In 2012, O’Rourke started selling his merch in the subways via a mobile art cart. He was on a month-to-month lease on 11th Street these past 15 months.
The idea of an artist selling his original designs from a space previously occupied by a Dunkin' Donuts would have been all but unimaginable not too long ago... with higher rents forcing small businesses to shutter, and with seemingly only chains able to afford the spaces.
Previously on EV Grieve:
A visit to FlyeLyfe on 11th Street
Posted by Grieve at 5:30 AM

Email ThisBlogThis!Share to TwitterShare to FacebookShare to Pinterest
Labels: FlyeLyfe

This is great news! It's nice to see a young entrepreneur succeeding, especially in these tough times.

Like the map. Sprouting comic book and graffiti influences.

Exciting! PJ does great work. Love to support local made.