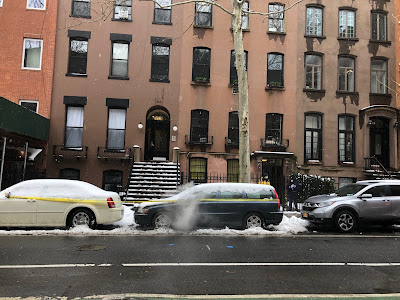 There was a report earlier this afternoon — via the Citizen app — of an exploding manhole on 12th Street between Second Avenue and Third Avenue.
Nothing appears to have actually exploded here outside No. 222... though we have a smoker... the FDNY is on the scene and keeping watch... 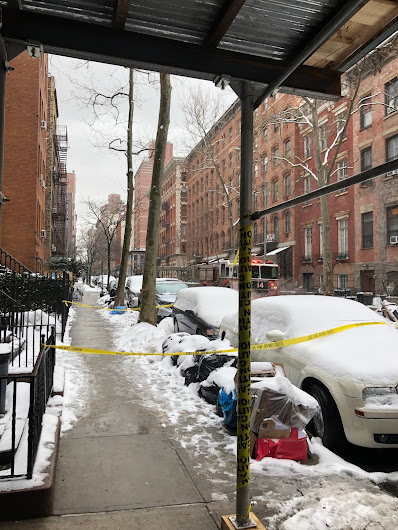 This kind of thing is to be expected these days TBH. As Gothamist has reported:

The phenomenon typically happens after a major winter storm, as de-icing salt seeps into the ground, corroding subterranean wires and unleashing gas, which in some cases sparks fires and blows the several-hundred-pound manholes straight into the sky.

Email ThisBlogThis!Share to TwitterShare to FacebookShare to Pinterest
Labels: manholes

There was ANOTHER manhole issue earlier today, down the block towards 2nd Ave, closer to 230 E. 12th. For that, Con Ed and FDNY showed up.

Re: The manhole that's emitting smoke in front of 222 East 12th, the FDNY sent a fire truck that monitored the area for about an hour, then left. Not sure what's going on, as smoke is STILL coming out of the manhole cover outside 222.

You think the electrified grate issue is resolved?