P&T Knitwear Co. bringing books, coffee and podcasts to the Lower East Side 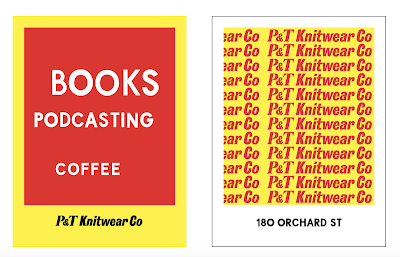 P&T Knitwear Co., an independent bookstore and cafe, is slated to open in early 2022 at 180 Orchard St. between Houston and Stanton.
The publishing industry newsletter Shelf Awareness first reported on this arrival.
According to the report by Alex Mutter, Bradley Tusk, the venture capitalist and philanthropist who founded the Gotham Book Prize last year, and general manager and buyer Julie Wernersbach, are behind the new venture.
Per Shelf Awareness:

"He wants to give back to New York," Wernersbach said of Tusk, adding that he's a "huge reader" and "loves the city." The store's name comes from the name of a knitwear company co-founded by Tusk's grandfather in the early 1950s, which was located just a few blocks away from where the bookstore will open. "He wanted to pay homage to the neighborhood, and create a good bookstore for New York and the Lower East Side."

Another major part of the project for Tusk and Wernersbach is making sure that the store's booksellers are well compensated, have health insurance and are able to "make a real living wage in NYC." Given what the bottom line looks like for a bookstore, that could make for an "exciting challenge." Said Wernersbach: "We're putting our staff and community first."

The 3,000-square-foot bookstore will include "an events amphitheater with built-in seating" as well as a podcast studio that community members will reportedly be able to use for free in this retail space connected to the Indigo Hotel. 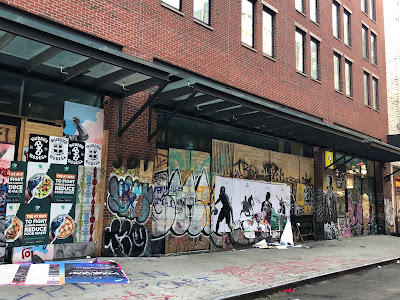 I always thought if I had money, this would be the sort of thing I'd want to do with it. Glad to see someone who has the means giving back. This could be a really good thing.

Huh! Another bookstore opening (to go with Book Club Bar and Sweet Pickle). This is the kind of retail I can get behind.

We went from having few bookstores in the immediate area to having a veritable smorgasbord to choose from -- Book Club Bar, Sweet Pickle Books, Pillow-Cat Books, Mast Books, Mercer Street Books, Village Works Bookstore, Codex Books, Bluestockings, Karma Bookstore -- and I'm thrilled to welcome another one! Looking forward to seeing what they'll do with the space.

always suss of the wealthy and motivations but on screen this looks like A+ for us so Yay!