Milling and paving continues along Houston ahead of bike lane upgrade 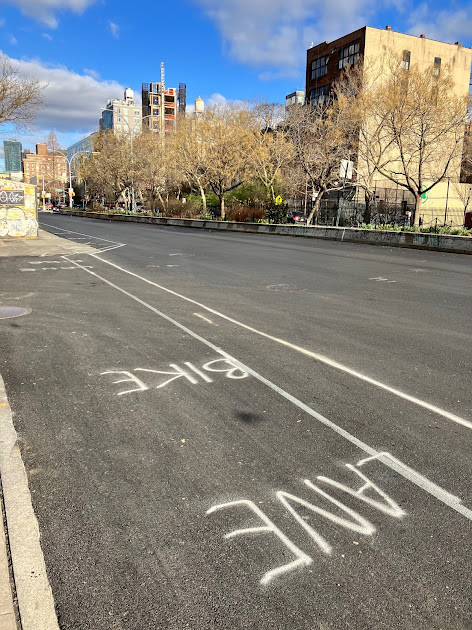 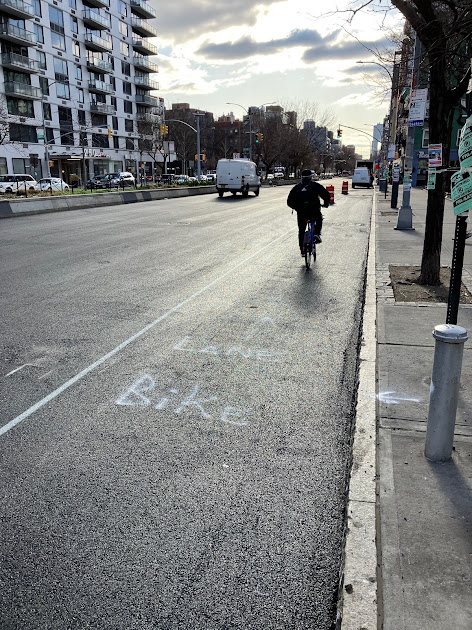 As first reported last Monday, the DOT is upgrading the existing bike lanes on Houston Street between Second Avenue and the FDR. Crews still have the roadway from Suffolk Street to the FDR left to do ... 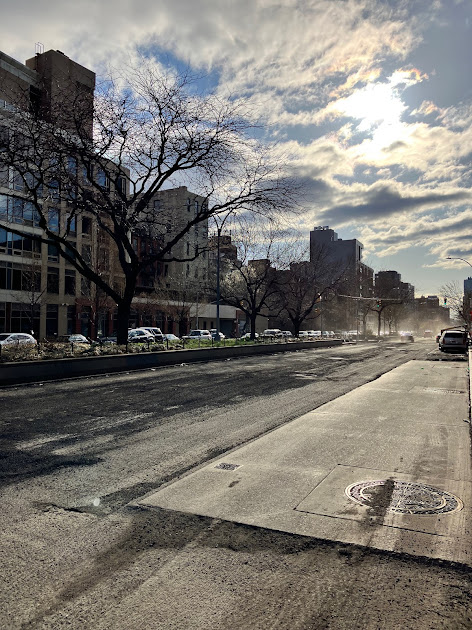 Here's a recap of what is happening with the improvements in the days/weeks ahead: 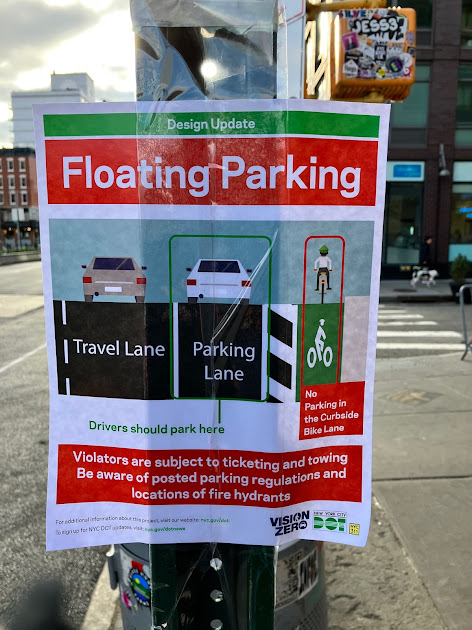 Plans for protected bike lanes along this corridor date to the fall of 2020 ... and put into place to provide cyclists a safer passage on city streets with the closure of the East River Park Greenway until 2026.
This Houston Street work comes four months after the $1.45-billion East Side Coastal Resiliency (ESCR) project shut down bike access along the East River starting at Montgomery Street.
The DOT pointed out the work in a tweet from late last week...

Up next: Milling, then paving the westbound lanes along the same Houston Street corridor... Based on the posted notices between Avenue A and Avenue C, it looks as if work will start here tomorrow (Tuesday) evening ... 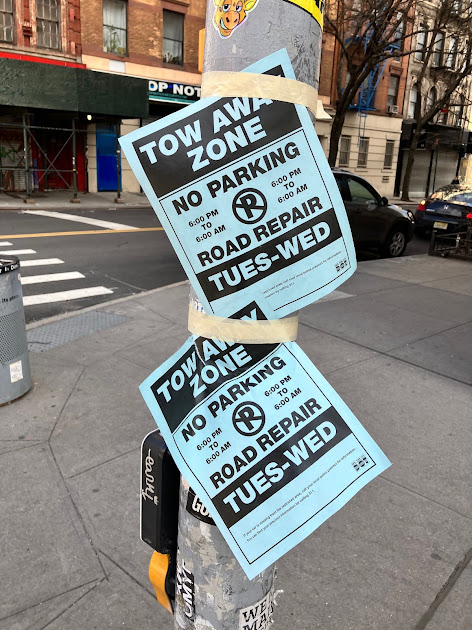 Yes “invaded” by healthy, show cheap, fun, speedy, transport that doesn’t ever get traffic jams, pollute or kill pedestrians or destroy ecosystems. It’s cars that are the invaders.

This obsession with bikes and bike lanes with the DOT is insane. They're fucking up all of the roads, half of them you technically are not even supposed to pull over a truck or vehicle, what're you supposed to do, stop in the road? They need to stop. At least this one is parking protected, which as a biker has a safer feeling and also allows vehicles to park. But most of these are a disaster and the whining of bike activists has had too much sway, like on Avenue C. Ghost Town bike lane on Ave C with a few bikes a day and nowhere for a car to park. It's ridiculous. Then they complain if a truck uses the SIDE OF THE ROAD to unload, as if they can't go around it. When I bike, I go around it. It's a dense city, get over it crybaby.