This afternoon, the small 'East Fifth Bliss' crew was camped out on Seventh Street between First Avenue and Second Avenue, providing some entertainment for shopkeepers and passersby who stood around and watched... 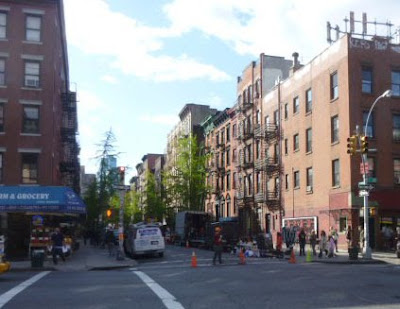 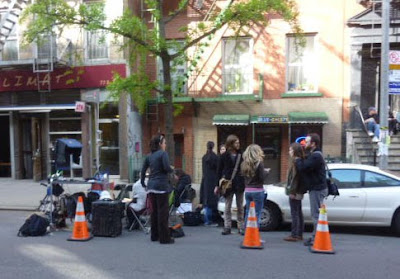 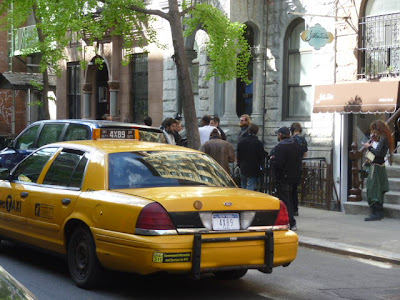 From our vantage point hiding behind a truck and dumpster, we spotted lead actor Michael C. Hall standing by a cab. We also found a decent bookshelf. But we left it behind. 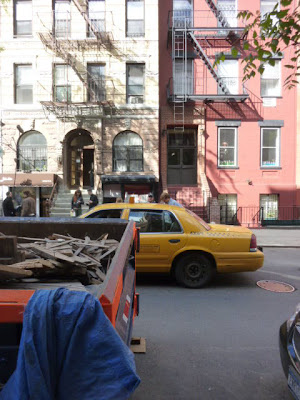 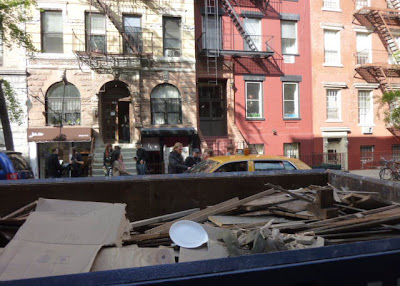 About the building that inspired the novel 'East Fifth Bliss'
Posted by Grieve at 5:28 PM

I was there. We are filming today too by Blue and Gold. Michael and Lucy are both really nice. Funny to be working as an extra at a bar I go to!

Ah! In the book, Morris drinks at the Homestead...but since that's now gone... Do you get free drinks?

I suggest you ask Santa for a telephoto lens this year.

@Goggla Ha, ha! Indeed! I thought about getting into the dumpster for a better look, but....