Well, the former Bounce Deuce (moment of silence -- no giggling!) on Second Avenue and Sixth Street is nearly transformed into... 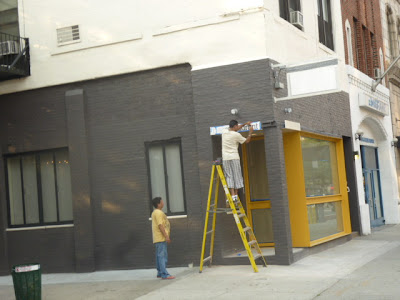 Just what, I don't know. The signs last fall originally said a Pita Pan sports grill... I asked one of the workers here yesterday what kind of restaurant that we could expect... and he answered, "European." I said, "excuse me?" Then he said "German." Then he looked nervous and said that I needed to ask the owner.


And the new French creperie cafe on St. Mark's Place near Avenue A is now open... 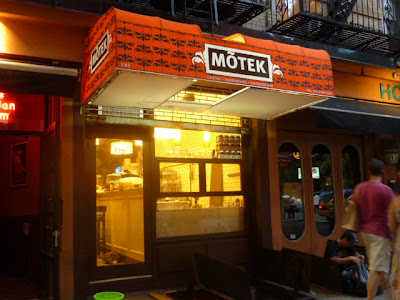 And I no nothing about Hawkers, an eatery featuring, as the sign reads, "Southeast Asia street-style food," that recently opened on 14th Street near Third Avenue... (and only two Yelp reviews so far!) 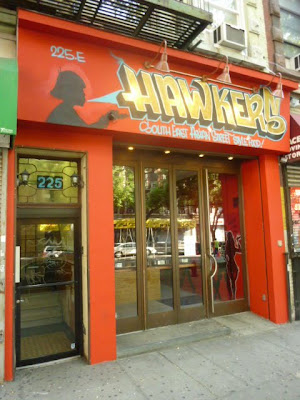 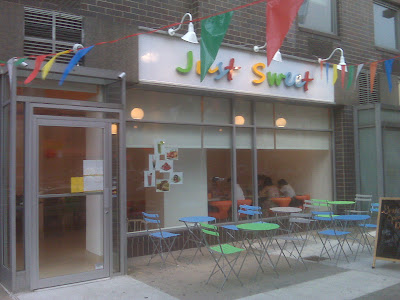 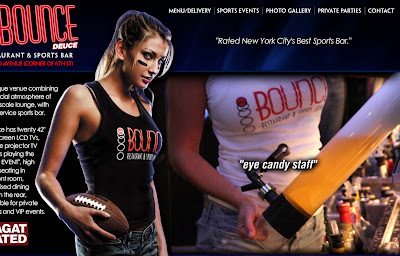 I have to say, I really like the look of that Hawkers place. There's probably nothing for a vegetarian to eat there, but the exterior is really cool looking.