We've been writing about the threat facing community gardens ... the agreement protecting various gardens from developers expires in September...

The matter will be discussed tonight during the full Community Board 3 meeting...

Information about the community gardens portion is in CB3 agenda statement ... meanwhile, few other things caught my eye while reading the agenda:

• Community Board 3, like most districts in the City, does not meet the City Planning Commission's guidelines for per capita open space. The open space/population ratio is approximately 0.7 acres per 1000 people. By comparison, the Governor's Open Space Report recommended 2.5 acres per 1000, and New York City averages 1.5 acres. The open space that we do have is not evenly distributed throughout the district. The area west of Avenue A and the Chinatown area lack adequate open space. Compounding this deficiency is the increased use of existing parks by individuals and groups for organized events from both inside and outside the community. Increasingly, groups from outside of our district are using Community Board 3 parks. While we do not seek to exclude outside groups from our parks, we do feel that priority should be given to local groups. ... The Community Board insists on policies that foster the most open use of facilities by residents of the community while respecting safety concerns. Any agreements between Parks and other entities should be brought to Community Board 3 prior to finalization.

• A few community gardens have been transferred to the Parks Department, but at the same time, the fate of many others is still uncertain. For sites not being transferred to the Parks Department, the City should consider transferring them to local community organizations that can maintain the locations as permanent open community space. Once open space is lost to development, it is very unlikely that it will ever be replaced. 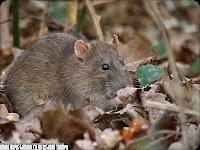 • Community Board 3 parks have continued to be overrun with rats year after year. This is aggravated by some specific conditions such as the underground space beneath Peter Cooper Park and the dense grass coverage on the Essex strip at Seward Park. Although the grasses are beautiful visually, they must be replaced so that the park can be better baited and maintained. The Parks Department has only one full time exterminator, which does not allow for adequate baiting. Although many of the Parks staff has been trained to meet the need of more extermination, they do not have the years of experience and expertise that comes with experience. More full time experienced extermination and staff to maintain and clean the parks is necessary to protect the health and public safety of the community. Until it has enough staff to adequately deal with the problem, Parks should work with the Health Department for regular and frequent baiting.

• Parks also needs improved procedures for park event permits. Community groups complain that information and approvals are not communicated in a timely manner. The Community Board has suggested that small, non-recurring events, such as school end-of-year parties and similar events, be handled in an expedited manner. A birthday party for 3-year olds may not necessitate review by Parks.

• Toilets in Community Board 3 parks and playgrounds are badly needed. There are several locations of which the Parks Department is already aware, but some of the longest standing needs are the toilets in Luther Gulick Park, Corlears Hook Park, and Sol Lain Parks. The lack of functioning toilets in this park is exacerbated by its proximity to the East River Park amphitheatre. The numerous concerts in the amphitheatre and the continuing overflow of pedestrians through Corlears during concert season suggests that Parks make this a higher priority. Since 2008, Parks has not yet advised CB3 of any progress concerning toilets.
Posted by Grieve at 12:25 PM

It appears that whereever Susan Stetzer goes the rats run from. She is apparently their kryptonite. Maybe she could just endlessly (like she doesnt now) wander the rat infested areas? THAT would be the best way for her to serve the community, or can you say Boca Raton?

it isn't just our parks.
go sit in stuyvesant park at dusk and watch them come out, en masse, by the garbage cans.
takes away from the pleasure of fire flies for sure.

the rats, I'm kind of used to. they've been a real problem for most of the past 10-20 years, and it's not just in the parks, altho we have watched the little rats frolicking in the bushes around tompkins square park. there are a lot of rats.

but the point about outside groups using our parks--that's a real sore point. we like to use the running track at 6th st. and the FDR, and for a big chunk of the year, it's crowded with large groups of young runners. they basically make the whole experience terrible, and most of them are clueless when it comes to etiquette and safety...and a few never learned manners, either.

then there are the large, high-school-age, douchebag-in-training groups that take over the playground at 10 and A all weekend and some evenings....to play fake field hockey. none of those kids are from around here, but none of the skateboarders, softball players, hoop shooters or anyone else can use that playground at all while they're there. and they're loud, too, full of faux enthusiastic cheering and chanting. you know, frat house jock stuff.

I don't know what the hell the parks department is doing, but I can't believe these kids don't have parks wherever it is they come from. they all look pretty well to do and suburban, but maybe they're privileged tykes from soho or uptown. whatever, I wish someone would tell them they can't use our park anymore.

I see them running around Sara Roosevelt every morning.

The rats definitely look bigger this summer. Pigging out with all the FroYo choices?

The garden on 12th between A and B is teeming with rats at night. It's so overgrown. The rats come out onto 12th but they also spill out the back onto 11th Street. The garden needs a serious pruning.

I am not saying it is the only cause of the rat infestation but it would help this area to have that garden cleaned up and better maintained.

It is very sad that you are afraid to speak up without hiding behind "anonymous." Personally, I don't think it worthwhile to pay attention to anyone who does not have courage to stand up for what s/he believes (with a name).
Susan Stetzer