'Margin Call' on the Bowery 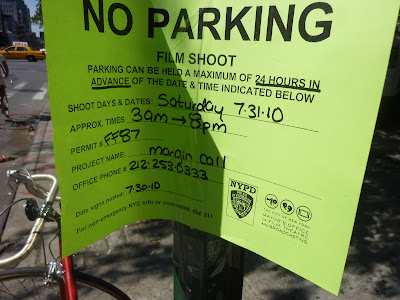 "Margin Call" is filming on the Bowery and Houston this morning... The Wall Street thriller stars Jeremy Irons, Kevin Spacey, Demi Moore... and the two fellows filming a scene in this convertible, Paul Bettany and Penn Badgley... 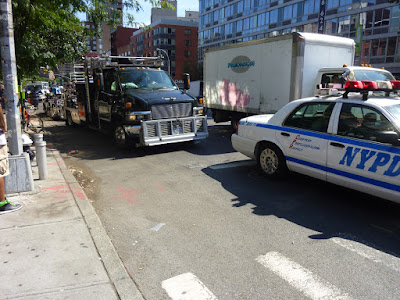 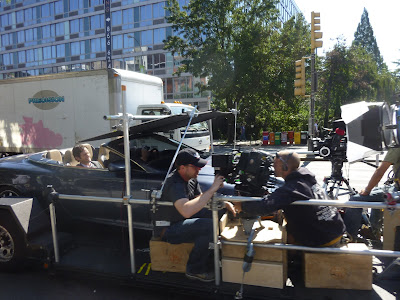 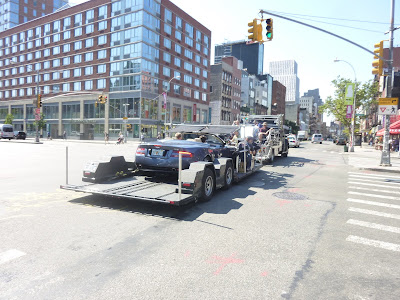 Wonder if ol' Penn is going to the Mars Bar later?

Previously on EV Grieve:
The Times goes to the Mars Bar with one of those guys who's in "Gossip Girl"
Posted by Grieve at 11:19 AM

Email ThisBlogThis!Share to TwitterShare to FacebookShare to Pinterest
Labels: filming in New York, the Bowery