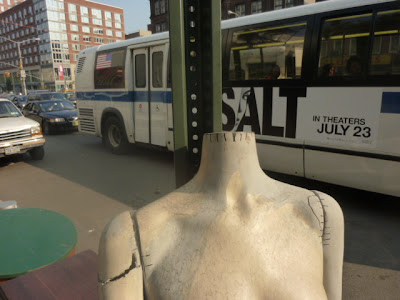 A hotel room on Bleecker Street for $2.75 a night (Ephemeral New York)

Underground rock scribe Jack Rabid leaves the East Village for Park Slope (Brooklyn Paper) Why? "I got married, and we bought a house. The other half of it was, I started to really hate the East Village. I used to say you’d never get me out of there with a crowbar, but it’s not the East Village I grew up loving in the late 1970s. There’s not a trace of the underground culture anymore."

And EV Grieve reader Blue Glass reports that Kathy's has completed the move a few doors down on First Avenue between 14th Street and 13th Street... 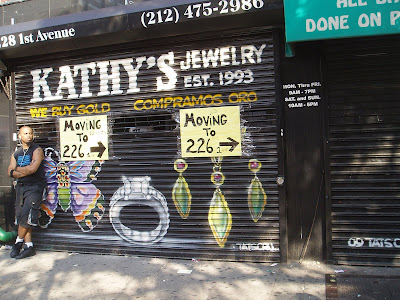 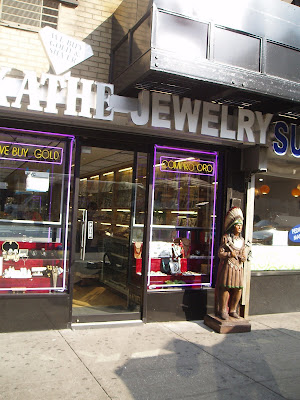 Good news... but what will become of the Tats Cru-painted gate?
Posted by Grieve at 12:30 PM

Thanks for the typo watch, Alex!

Right, blue glass, I just wondered why the sign is spelled differently.

You have some awesome pictures up here! Esp. like the dummy with half of Angelina's head...

Instead of dissing the East Village to save face, why doesn't Jack Rabid admit that the East Village wasn't family friendly enough for him? It won't be long before he ditches the Slope for a ranch house in Jersey.