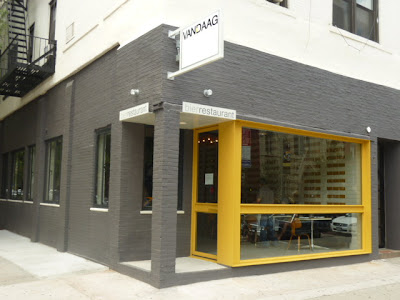 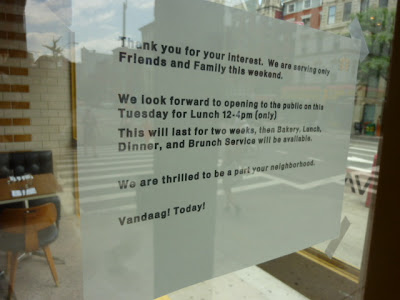 Here at the former Bounce Deuce space on Second Avenue and Sixth Street...someone sunk a fortune into renovating the space... Per Diner's Journal in the Times:

With interest in the ancient Dutch style of gin known as genever growing in cocktail circles, it was only a matter of time before a genever bar opened in New York. Vandaag, near the northeast corner of Second Avenue and Sixth Street in the East Village, will be the first when it has its soft opening on Tuesday. 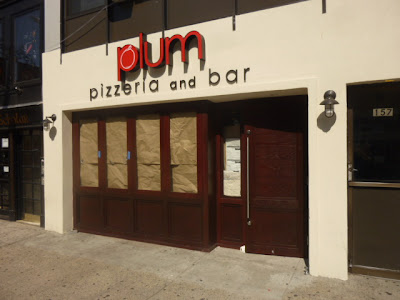 As I noted in the spring, a pizza joint was taking over the former Cafe Brama space... Eater has the story of Plum here. 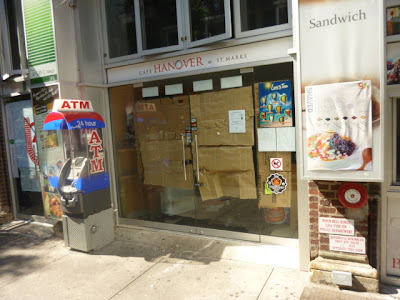 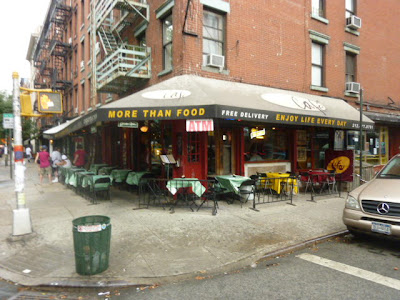 Life Cafe reopened this past Thursday after a temporary closure for renovations.... 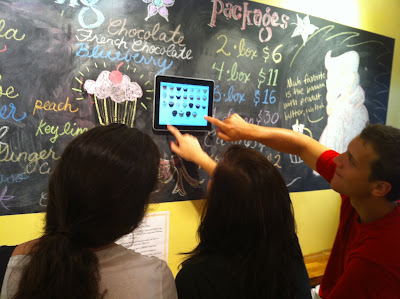 A reader passed along a photo of the iPad in Butter Lane where you can look at cupcakes and stuff. Do with this information as you please.
Posted by Grieve at 6:49 AM

Someone please steal that iPad.

Hmm a specialty dutch gin bar? on 2nd avenue? in this economy? I don't think so!!!