Waaaaay back in May 2009, Angelina Jolie, the former semi-crusty of Tompkins Square Park, came to the East Village while filming "Salt," the mineral-turn-CIA thriller.... 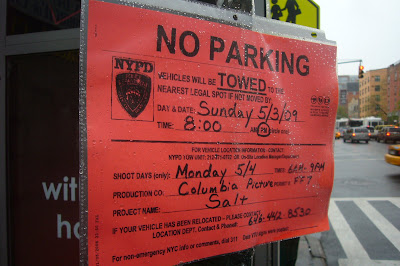 The crew filmed on Second Street between First Avenue and Second Avenue inside the Russian Orthodox Cathedral of the Holy Virgin Protection. In honor of the movie opening today... let's take a look at the role the Cathedral played in the film... 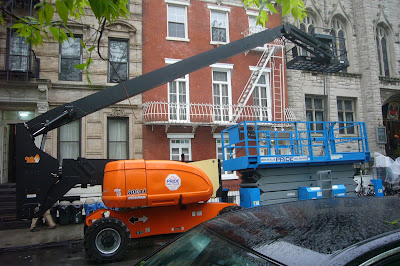 First! Woo! Angelina over here! Here she is on Second Street! 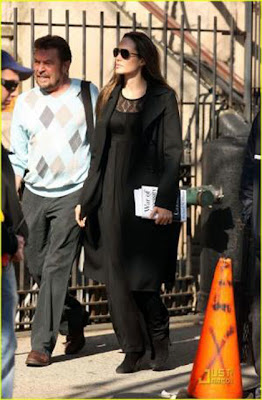 With the ball-in-chain in tow on the Cathedral steps... 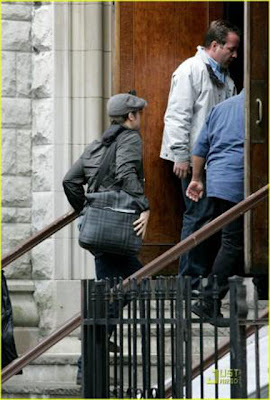 Anyway, according to the website, the crew used the Cathedral to replicate the interior of the Makariev Monastery in Russia when it was an orphanage in 1970s Soviet Russia. You see, Angelina plays a spy who may or may not be Russian...so this might be some flashback scene or something... 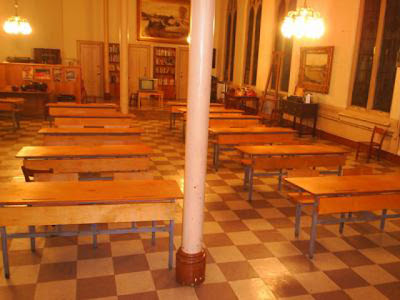 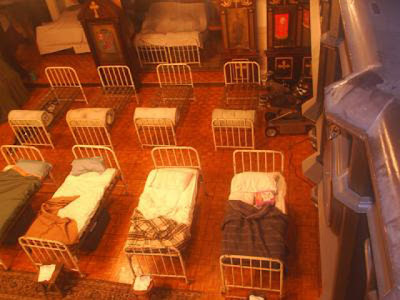 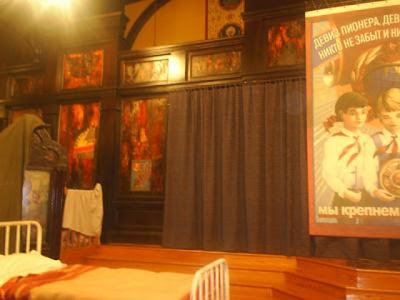 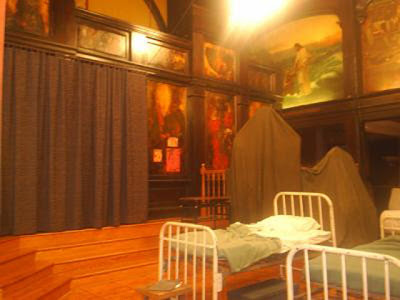 No idea whether these scenes made it into the movie... Perhaps I'll by a pirated DVD from that guy on the corner for $5 to see.

Also, curious about what kind of location fee the Cathedral received...

Updated: A Scouting Life shares a "Salt" review with us... "It took years, but 'The Last Boy Scout' finally has competition for the most ludicrous action film ever made."

And I asked if the Cathedral made the cut. Yes, but!: "They did shoot the orphanage but the scenes there were all pretty soft focus and dreamlike so you didn't see much of it."

Previously on EV Grieve:
Why the paparazzi will be in the East Village tomorrow (OMG! Angelina!)

About Angelina Jolie's "semi-crusty phase" in Tompkins Square Park
Posted by Grieve at 7:00 AM