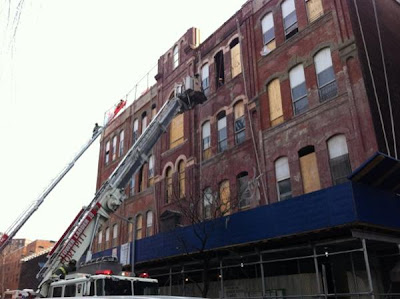 Workers are converting the former Henry Street Settlement Day Care #3 between Avenue C and Avenue D into a community facility space on the ground floor... the upper levels will house 46 units (28 studios and 12 one-bedroom apartments). The housing will serve homeless young adults and young adults aging out of the foster-care system. An additional 12 units will be set aside for young single adults with a child.

@ruthie06 notes that Ninth Street is full of emergency-response vehicles. "Looks like the ambulance parked on the NE corner of 9th/Ave C. Eerily calm."

Via @ruthie06 — "the calm was just interrupted by the ambulance whizzing by, sirens ablazing." 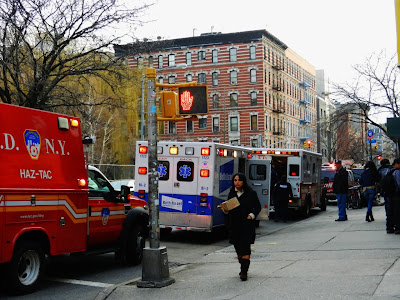 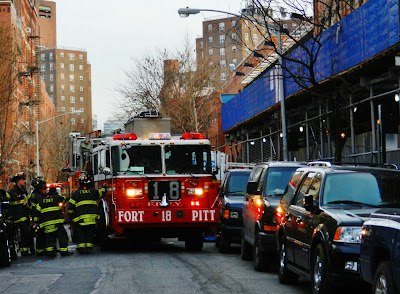 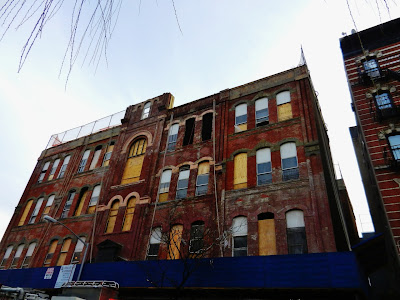 DNAinfo reports that the worker "sustained minor injuries to his head just before 3 p.m., when he fell from one stairwell landing to another."