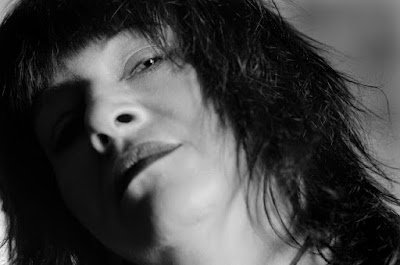 No Wave force of nature Lydia Lunch is the iconic singer (Teenage Jesus and the Jerks, 8-Eyed Spy, Big Sexy Noise), poet, writer and actress. She also recently added cookbook author to her résumé. (Read more about that project here.)

And you'll soon have several chances to see the underground legend here. On May 30, Lunch hosts "an evening of spoken word in the raw" at the Pyramid on Avenue A titled Don't Hide the Madness. It's a benefit for Howl! Emergency Life Project. The night before, she'll be playing with her RETROVIRUS lineup at the Bowery Electric.

Lunch, who lives these days in Barcelona, spoke with EVG correspondent Stacie Joy before her return to the East Village.

Hey, thanks for leaving out some of the less flattering things I’ve been called! It all still pertains. Rebellious — yes. Sex-positive? Not so sure I’ve been labeled with that tag. In both the early Richard Kern films and much of the early spoken word and music, I was exploring the darker side of sexual obsession. Female predation. The Willing Victim Syndrome. Violent female urges. Revenge. Against the Father, God the Father, The Father of the Country. Or as I like to say, what is a father but a motherfucker?

But no matter what format I use to illustrate the issues I think need to be explored at the moment, whether it’s spoken or written word, music or even a photograph, I’ve always viewed myself more as a town crier, a hysterian ... a journalist in a sense — documenting a specific moment in history be it my own or the politics of the time in order to make sense of and empower one’s self out of life in the traumazone.

What stood out to you about New York City when you first arrived here from Rochester in the 1970s? What’s changed since then?

Rochester was pretty scuzzy, but New York was a magnificent wreck. It was grimy, dark, scarred and the crime rate was outrageous. Between the mafia, the dopers, the drug dealers, the arson and the muggings it was pretty fricking Grand Guignol. I had an advantage, though. I was fearless. Nobody ever even thought of preying on me. You can’t con a con. I felt right at home. I spent a lot of time perfecting petty street hustles. Pure instinctual survival mechanics put to good use.

I can’t speak about New York now. You tell me. I was here from ’76-81. In LA from ’81-82, London for two years, came back to New York and began curating a lot of spoken word shows, often at the Pyramid, stayed for a few ripe years during The Cinema of Transgression, post no-wave music scene of Sonic Youth and the Swans, etc., then left for good in 1990 for New Orleans, San Francisco, Pittsburgh, LA again to work with Hubert Selby and Jerry Stahl and left the States in 2004 when Bush stole the second election.

I’ve been living in Barcelona ever since. A country that was 40 years out of fascism as America went into what we now know is a police state. I can’t support myself as an artist in this country or even begin to find the proper venues to do all the different types of live performances I have the opportunities to do in Europe.

Do you have any advice for emerging artists?

Leave the country as soon as possible!

You were once quoted as saying, "I would be humiliated if I found out that anything I did actually became a commercial success." Does that still hold true today?

It's not a fear I need to entertain.

How can people support you and your work today? What’s next for Lydia Lunch?

I’ll be doing RETROVIRUS May 29 at Bowery Electric. A retrospective of sorts of my music from Teenage Jesus forward featuring Algis Kisyz (Swans) Bob Bert (Sonic Youth, Pussy Galore) and the indefatigable Weasel Walter. Really hot cock rock! My band Big Sexy Noise will release a double LP in September and the list goes on.
Posted by Grieve at 7:45 AM

Great interview. I had no idea she lived in Barcelona now. I wouldn't mind joining her. ;)

If you can, I highly recommend catching the Retrovirus show. I saw them a few months ago at the Knitting Factory in Brooklyn. Really tight set.