At Gem Spa this morning 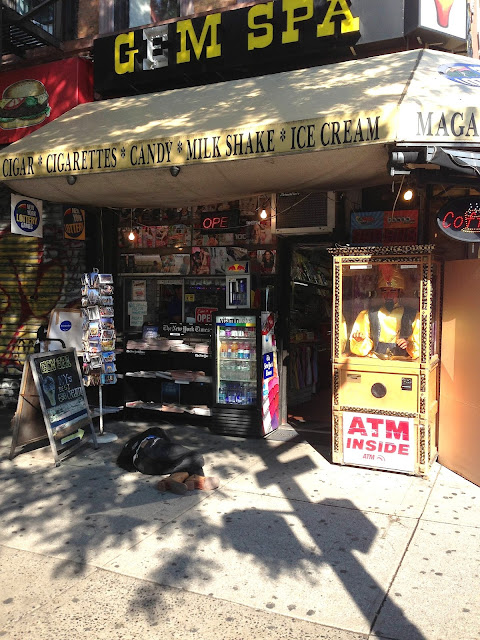 A man walks up, looks at Jewels and says "It's Harry. Harry Hippie."

The man moves on, and explains to the hat crew outside Gem Spa that the person on the sidewalk is Harry Hippie. Harry, he says, has been working a lot lately and is tired.

The man, who is wearing headphones and listening to loud music, keeps walking west on St. Mark's.

"Harry Hippie" he says one last time, shaking his head.

He then stops a group of tourists who look to be in their 60s and tells them that he is from Ireland and Scotland. The group looks confused and continues walking. 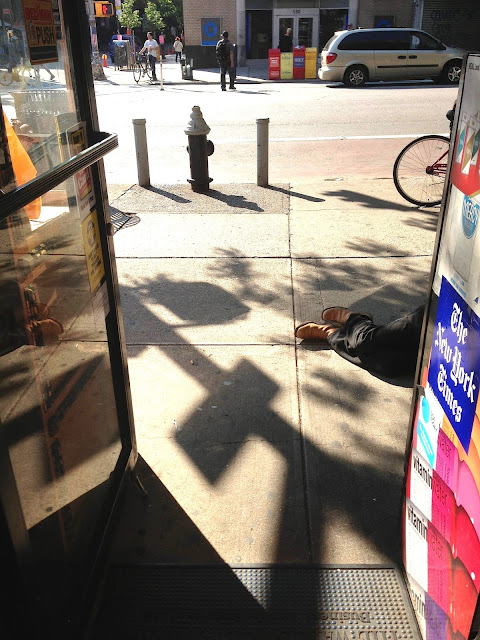 Pitiful yet sadly a typically NY anecdote. Not so much the passed out guy, the other jerkoff menacing old tourists. He probably menaces lots of people throughout the day because he has no friends.

He was quite happily drunk at Ray's last night. Guess that was before he became a hippie.

Your coverage is invaluable. Thank you for your service. Xo, Jose garcia

Another day in the wasted life of New Jersey Jewels....

Jewels is drinking again?! He stopped for a while...