9 photos showing the East Village of the 1970s

Earlier this month, our blogging friend Alex at Flaming Pablum alerted us to the Museum of the City of New York's website ... where they just unveiled more than 1,000 digitized photos by Edmund V. Gillon, who chronicled NYC in the 1970s and 1980s.

Some two weeks later, we finally looked at every single photo. We pulled a few from this neighborhood with their accompanying captions for you... (But you should really go here and see them all for yourself.) 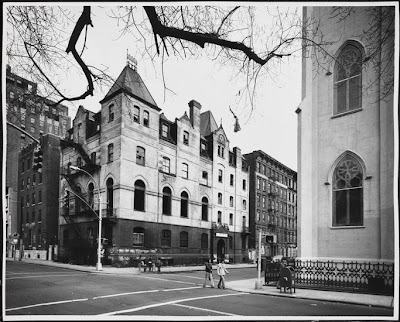 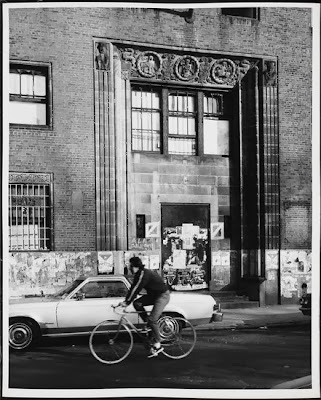 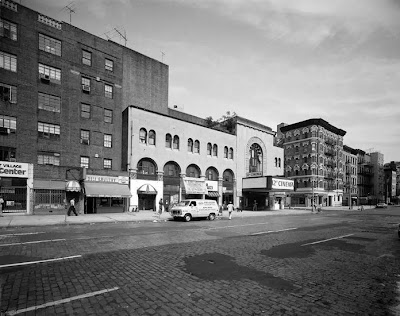 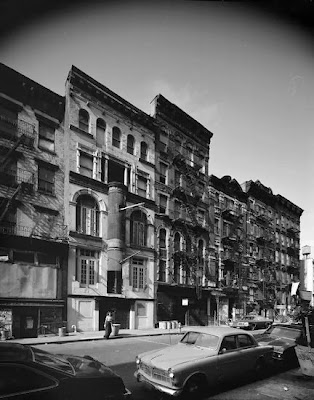 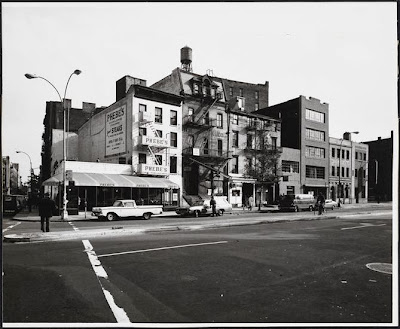 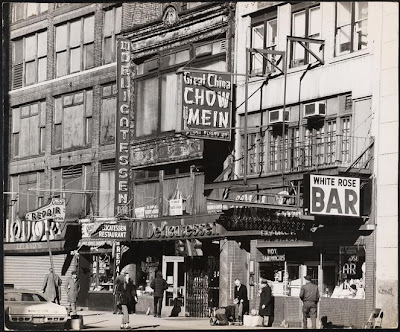 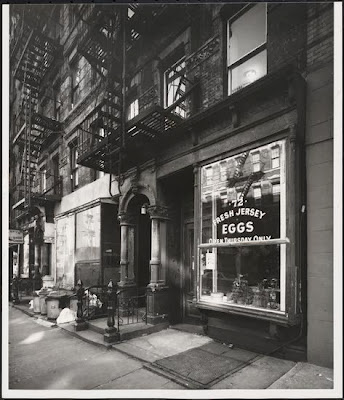 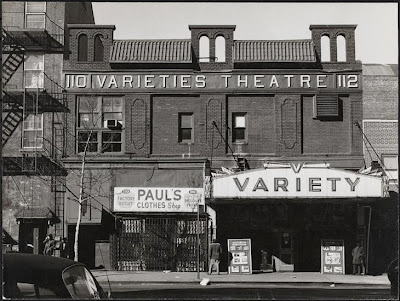 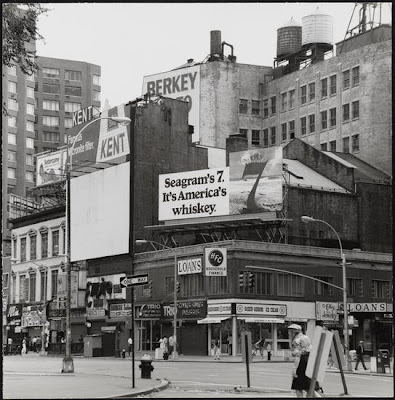 A word about the new collection from the Museum's website:

These photographs by Edmund V. Gillon (1929-2008) are a recent addition to the Museum's Photography collection. Gillon is best known for more than a dozen books on New York City for the Dover Publishing Company. The bulk of the collection is architectural in nature, portraying the city’s historic districts, landmarks, architectural ornamentation, and civic sculpture. His photographs bring to life not only the countless readily apparent changes that have taken place in the city’s urban landscape over the past several decades, but also the many subtle changes that transformed neighborhoods such as SoHo, Tribeca, and Dumbo as they transitioned, building by building, from gritty wastelands into the vibrant urban oases they have become.
Posted by Grieve at 5:20 AM

Not only do I miss "Fresh Jersey Eggs, Open Thursday Only", I even miss the store that opened in that space after them called "No More Eggs".

Oh crap, how simultaneously wonderful and depressing. But thanks for reminding me that when I first moved here parts of Second Avenue were still cobblestoned, had forgotten that. Guess I know what I'll be doing this weekend while everyone else is watching the Stuporbowl - a thousand photos, huh?

Thank you so much Anonymous for the reminder about the Fresh Jersey Egg shop!

oh my god, i remember the egg shop; it was still open in the mid-80s. glad to see it here—i was beginning to think i dreamed it!

The egg place was wonderful. In February of 1986, I moved into 86 East 7th, was being paid the whopping great sum of $16,500/year before taxes (although I did have health insurance) and scraped by on (1) walking to work, (2) paying $300 for a room in an apartment with 2 troublesome roommates, (3) only going out to things that were free/by contribution/I-know-so-&-so-working-the-door/"I'm on the list" and (4) cooking for myself ALL THE TIME. I used to leave work early on Thursdays (or pass by my block during the day when running an errand) to get to Jersey Eggs for my week's worth of animal protein.

@Zach - That's how it used to be in the neighborhood, indeed in most of NYC. Wide-open streets, often empty, or mostly so, some car traffic but not the insanity we have today. The floods of international nouveau-riche, tourists and Carrie wannabes were, thankfully, absent...

It hardly needs to be said that a shop selling eggs one day a week would be a non-starter today. It's such a fine example of the area's lost charm.

if the eggs were organic, locavore, gourmet, etc. etc. and wore the colors of the shell that martha stuart produced for her tv show - and they came in precious little egg protective containers with the proper logo and outrageous cost - folks would swarm down here on thursdays to buy the precious little darlings.

I could look at photos of old New York all day I think. Also it makes me want to go around collecting street shots like these because even if the subject's not that interesting to me now, I'm pretty sure decades and centuries from now someone will get a kick out of seeing what it was like in the 'teens.

If anyone has pictures of east 8th St between ave B and C (and the surrounding blocks)from before the the year 2000 I'd love to see them. I've lived on that block for nearly 27 years and have some images but would love put together more. Please contact me through google+ if you can help.

Who the hell can live on eggs, Chow Mein and Seagrams?! Where are the Pigs In A Blanket Shoppes? Where are the Artisanal Water Emporiums? Where's a decent Biscuit Restaurant? What the hell were people doing in the EV in the 1970s anyway? If they had Jared Kushner and Kickstarter things would have been a lot different!

@blue glass
What you've described, is exactly what those eggs were. They just were described (pigeonholed) differently at that time.

And how did that business end up. hmm?

People cry about how there are no small local independent butchers, fish mongers, etc. and then deride anybody who tries to actually create such a thing.

I remember when New York was just wilderness. No English, no Dutch. Back then we used to trade land for beads.

@Anon. 2:50 - please tuck your snide back into your ass and don't be such a witless jerk. If you read blue glass's comment in the spirit in which it was written, what she is saying is that nowadays, a little place like the Egg Store would not be able to exist if they advertised that they sold just plain old honest eggs; they'd have to put forth some carefully-crafted script about where the hens were raised, how and on what they were fed, how much Omega-3 was in them, etc. I agree that the locavore/organic/sustainable food movement is a vital one, but people have gotten so hoity-toity now that the food basically has to be prostituted to them instead of just being sold on its humble virtues. And THAT is the point she was trying to express - that in an older, cheaper New York you could have a store devoted to just selling eggs once a week that still made a living, because people appreciated it in such numbers that it made it possible to do so.

I have a cotton bag from No More Eggs, the store that replaced the egg store, hanging on my doorknob right now, holding my sock knitting. Makes me happy to see these photos of places that are in my brain but rarely seen in reality. Yay internet.

Another person with egg store memories - how great to see that photograph.

To Peter: I've only been on this block since 1990 or so, and I'd also love to see any vintage pix of the block. My roommate has been here since 1976 and I'm sure he'd be interested to see them as well.

Oh! The varieties! My friend made a film about that place in the 80s. That's how I remember the area, when I work as a summer counseler in training at the Stuyvesant Y camp in 77. I remember the box scrawls see on the doorway of Christadora-a friend told me the city used it as a shorthand when they marked a building for demolition

@Marci - your friend was wrong, that was a fire department designation meaning that the building had normal structural conditions at the time of marking. A box with an X meant that structural or interior hazards existed and interior fire fighting or rescue operations should be conducted with extreme caution. The oft-seen box with RO meant the roof was open; SM meant stairs were missing, FE that the fire escapes were to be avoided, and HF that there were holes in the floors. These were/are FDNY shorthand designations to let their guys know what to expect when they get to a fire in an abandoned building.