Are you going to rent out your East Village apartment for the Super Bowl? 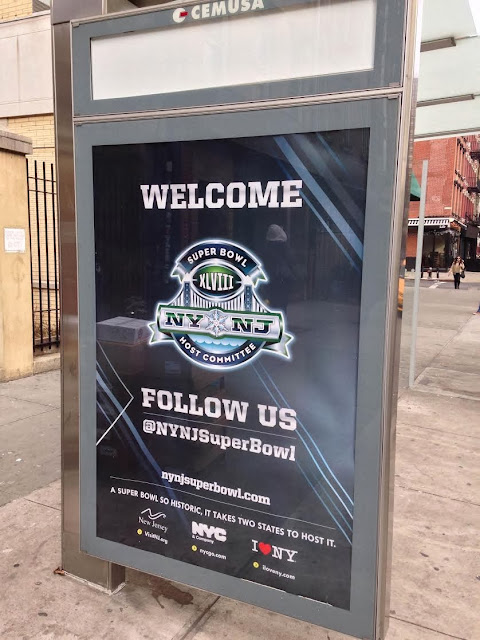 [A welcome on Avenue C]

As we first and exclusively reported, MetLife Stadium in East Rutherford, N.J., is hosting Super Bowl XLVIII on Feb. 2. Which means thousands and thousands of football fans from Denver (go Nuggets!) and Seattle (go Mariners!) will be descending upon NYC for food, lodging, alcohol poisoning, etc.

Thankfully, given the generous nature of NYC residents, there are plenty of people offering up their apartments on AirBnB and Craigslist for a pretty nice markup. For example! There's a nice apartment on Second Avenue going for $1,000 a night — with a living/dining space that can "accommodate up to 50 people." Meanwhile, over in StuyTown, there's a two-bedroom unit asking $6,500 for six nights. Or if you really want to do it up, you can rent this one-bedroom apartment on Second Avenue and East First Street for the entire month – $4,600.

Sure, renting out your place like this (for less than 30 days) violates New York State law, but you can make up for any possible fines by placing some side bets on the game.
Posted by Grieve at 5:15 AM

I'm renting out my bathtub for $783.62 per n̶i̶g̶h̶t̶ hour. Eat-in and sleep-in kitchen just a shower curtain away.

And the Nuggets isn't playing the Mariners, it's the Rockies vs. the Supersonics.

People in ST rat out their neighbors who rent their apts out via AirB&B all the time.

Stuy Town will evict you if you rent out your apartment on Airbnb. They have staff dedicated to looking for and identifying apartments.

Oh, thanks! I get my hockey teams mixed up!

I regret that I have allowed my apartment to evolve over the years into such a 'bachelor pad', in the sense of older, perfectly functional but perhaps funky furnishings and vibe, when I think about these deals. I would so love to get some sap in here for a couple days and pocket a couple grand, in my world that much money represents a whole bunch of hard work. but I think my jury-rigged tv with rabbit ears, the small evidences of many beloved dogs over the last 25 years, etc., would leave me with an unhappy tenant.

Oh well guess I will stay poor but happy, not so bad at all.

These saps have no idea they could rent a house in Secaucus for half that.